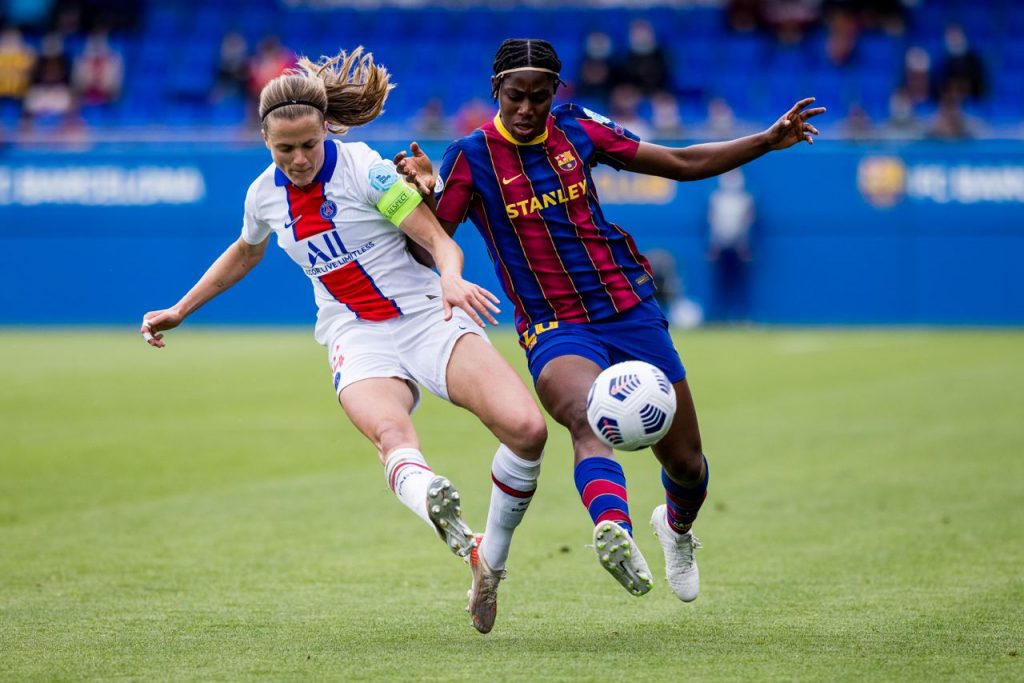 The Spanish side drew with the French one in the first leg in Paris last Sunday.

And they were compelled to win at home this Sunday. And Luis Cortes’ girls did the job thanks to a brace from Lieke Mertens as Asisat Oshoala was a second-half substitute.

Marie-Antoinette Katoto’s reducer was not enough for Paris Saint-Germain to pass over the semi-final of the UEFA Women’s champions league after making the exploit of knocking out arch-rivals Lyon in quarter-final.

Barca will face the winner of the second semi-final where Bayern Munich and Chelsea are fighting for the last ticket.

The final is scheduled on May 16.