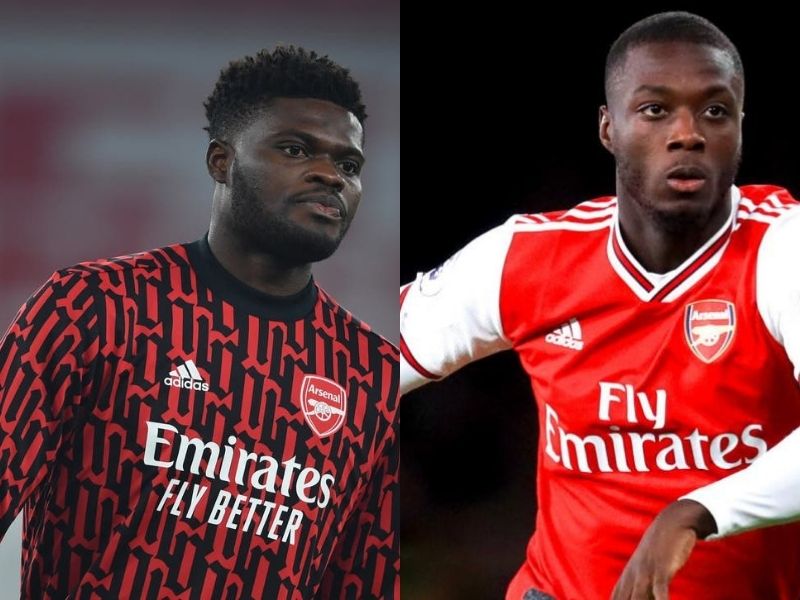 Two players from Africa and one with roots in Africa have been shortlisted for Arsenal Player of the Month award for April.

Ivorian Nicolas Pepe has earned the nomination alongside Ghanaian Thomas Partey, Bukayo Saka (who has roots in Ghana) and  Frenchman Alex Lacazette.

Fans can vote for the players.

Arsena website explains why the four players deserved the nomination:

“Nicolas Pepe has also impressed over the past month whether on the right or the left flank, and the Ivorian scored a superbly-taken goal in our home tie against Slavia, and scored again in the away leg—as well as claiming assists in our wins at Sheffield United and in Prague,” Arsenal website says.

“Has Thomas Partey’s form done enough to catch your vote? The Ghana international was inspired against the Blades, claiming a sensational assist for Lacazette, and also impressed against Everton.”

The website added that Saka has earned the shortlist because he “continues to catch the eye for Mikel Arteta’s side.”

“The England attacker won a penalty for us in Prague, and also netted himself in the same game.”

Lacazette has earned the nomination after scoring twice in 3-0 victory over Sheffield United and then a brace in the win over Slavia Prague.