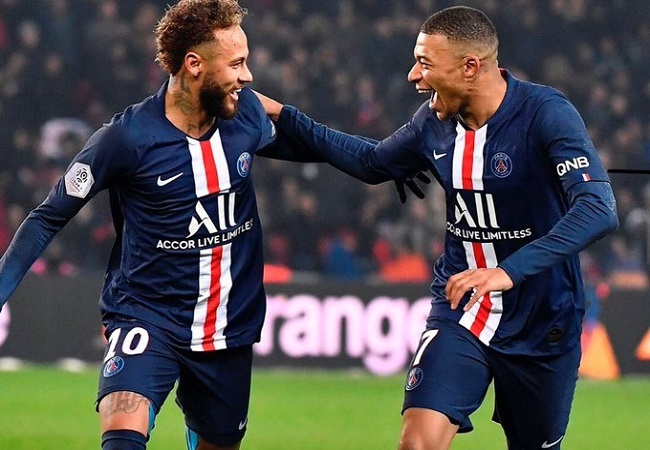 29-year-old Neymar and 22-year-old Mbappe are considered two of the most naturally-gifted footballers globally. And they have contributed to making Paris Saint-Germain one of Europe’s most attacking sides.

The two mega-stars, having been beaten finalists last season, are once again fueling PSG’s charge towards the UEFA Champions League, with Manchester City the present stumbling block.

The two superstars have combined to contribute more than half of PSG’s goals in the Ligue 1 (43 out of 79 goals) to yet again make the champions the most free-scoring side in France.

Okocha is impressed by the efficiency and teamwork of the two talented stars. And he is convinced that is why PSG have been flying in recent times.

“Neymar and Mbappé get along very well.” Okocha told Canal+ as per ItaSportPress.

“They find themselves and play together. This happens after some time of playing together. They have increased their feeling on the pitch. And it shows.”

PSG boss Mauricio Pochettino was one-time Okocha’s teammate when the two helped the Parisians claim the Intertoto Cup in 2001.

The former Tottenham manager has seen his side trail Lille in the race for the league title while PSG lost 1-2 at home to Manchester City in the first leg of their semifinal Champions League clash.

But Okocha believes the Argentine merited his appointment. And he has done well in Paris.

“I think he (Pochettino) is a good coach. He has already proved it. And he still proves it today.

“I think the decision to involve him is fabulous. Because he knows the club. He is passionate. And I am very happy he is doing well.” Ended Okocha

Okocha joined PSG after the 1998 FIFA World Cup for an African record transfer fee but left for Bolton Wanderers on a free transfer four years later.