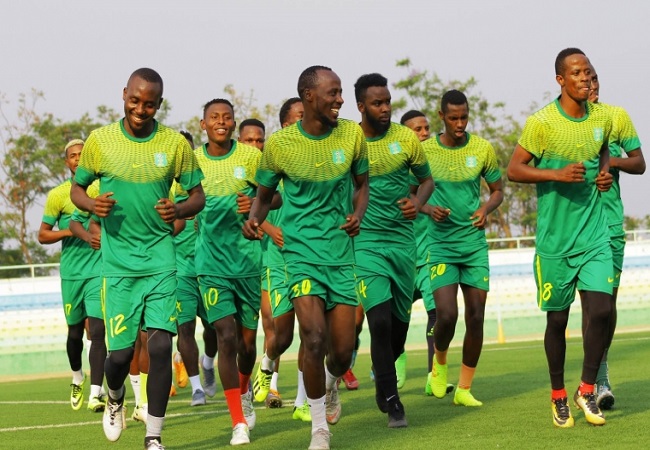 On Tuesday, May 4, AS Kigali defeated Police FC 2-0 at Amahoro Stadium to go top of Group C after two match days in the Primus national league.

The game started with both teams creating crucial chances looking for an early goal in the first half. But neither side managed to find the back of the net.

The scoreline remained goalless until the 65th minute when Striker Shabani Hussein Tchabalala gave the City of Kigali-sponsored club a lead. Abeddy Biramahire added the second 12 minute to the full-time to keep the lead in control and take home all three points.

The win sees head coach Eric Nshimiyimana’s side lead the table with 6 points, three ahead of the law enforcers and Musanze who registered 2-1 away win against Rubavu-based Etincelles at Umuganda Stadium.

Elsewhere Espoir FC maintained their winning run in Group D after stunning Mukura VS 3-1 at Rusizi Stadium to remain top of the table while Marines recovered from last weekend’s defeat to Espoir after registering a 1-0 win away to Sunrise in Nyagatare to go second of the group.

The league resumes today, May 5, as Bugesera FC face first division debutants Gorilla FC at Amahoro Stadium at 12.00 pm. With the latter looking to get their first league win while defending champions APR FC visit AS Muhanga who missed the opening league game after the club reports 10 covid-19 positive cases in the squad.

The army side is top of Group A table after beating Gorilla FC 2-1.

In Group B, strugglers SC Kiyovu, who are without a head coach after sacking Olivier Karekezi, will be looking to host rivals Rayon Sports at Amahoro Stadium while group leaders Rutsiro FC visits Gasogi United at Bugesera Stadium.

AS Muhanga vs APR FC 3pm