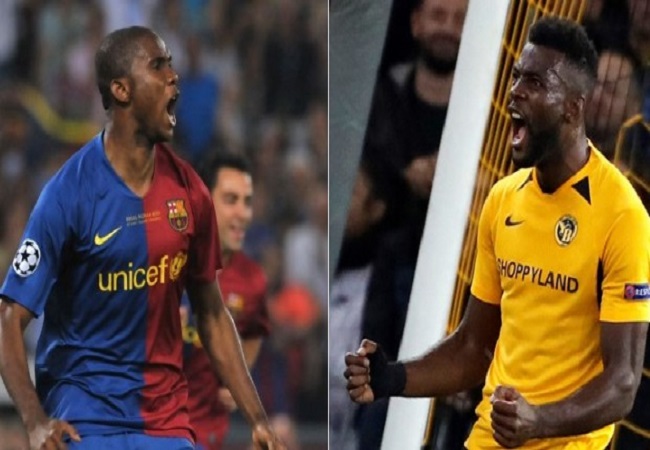 It took 11 years but, finally, the record set by Samuel Eto’o was crumbling. Jean-Pierre Nsame scrubbed his compatriot’s name out of Cameroon’s history books.

Firing BSC Young Boys to the 2019/20 Swiss League title with 32 goals in 32 games, Nsame became the first Cameroonian footballer since his legendary compatriot in 2008/09 to break the 30-goal barrier in a single campaign.

In all competitions, the remarkable tally of the striker linked by TEAMtalk with Celtic, West Ham and Newcastle United stood at 41.

Nsame’s record-shattering feat may have come against the likes of Lugano, Luzern and Thun rather than Real Madrid, Valencia and Atletico.

But the fact remains – no Cameroonian footballer has scored more goals in a season than the Young Boys talisman. And that includes Roger Milla, Vincent Aboubakar and Eto’o himself.

“I am not Mr Milla or Eto’o. I don’t like to be compared with such great strikers.” Nsame told Kick442 last year, having carved out a glittering reputation of his own in Bern.

“We are all different people. And we have a different style of football.”

In the same interview Nsame admitted his physical, line-leading style – and 6ft 2in frame – could make him a perfect fit for Premier League football.

With Southampton, West Ham and Newcastle eyeing a summer bid for one of Europe’s most reliable number nines, Nsame may soon have the opportunity to back up those claims.

“I am still contracted to Young Boys, even if I want to play at an even higher level.” The £6 million-rated Nsame told Africa Foot United last week.

“(But) if there’s something for everyone, I will be open to a departure.”