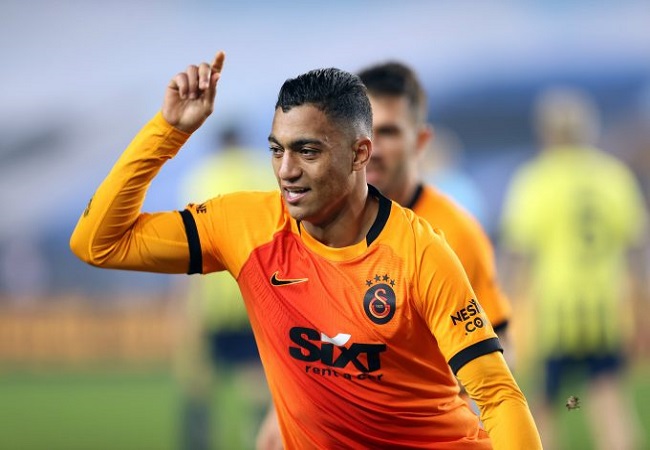 On Saturday, Galatasaray will take on Beşiktaş in Istanbul derby. Mostafa Mohamed is fully aware of the importance of the game. And the Egypt international promises to give his best to secure the three points.

With six goals so far in his 11 appearances for Galatasaray across the Turkish Super Lig and Turkish Cup, Mohamed became an integral part of Fatih Terim’s team.

His last goal came against Antalyaspor on match day 35 of the league. And the team has ben on a winning streak since.

The Lions had dropped several points in the weeks prior. And they are now six points behind league leaders Beşiktaş, whom they’ll face in their next game.

“Beşiktaş is one of the best teams this season. We’re very aware of their level of playing.” Mohamed told Ensonhaber.

“We have a good opportunity ahead of us. We will play at home. And we have to use this advantage and win in the derby.

“We will send Beşiktaş from here without points and continue to be in the title race. Galatasaray will continue its fight until the last match. No one should have a doubt about it.” He added.

Mohamed is no stranger to high-stake games thanks to his prior experience with Zamalek. But he has also proven his abilities with Galatasaray.

The 23-year-old scored on his debut with Gala. And he even found the back of the net against Fenerbahce in his second appearance.