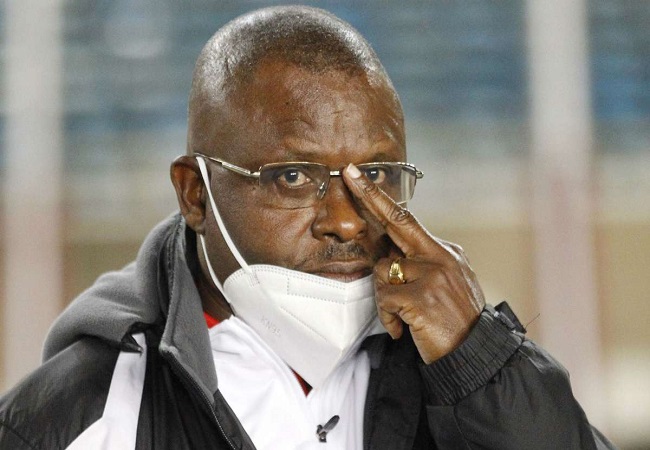 Harambee Stars coach Jacob ‘Ghost’ Mulee is among dozens of Kenyans stranded in India as the government decided to suspend passenger flights to and from the Asian country.

The veteran coach, 53, and his elder brother have been receiving treatment at the Apollo hospital in New Delhi for the past three weeks.

“I thank God we have recovered and thank Kenyans for the support and prayers.” He told Nation Sport on phone from India on Thursday.

“The doctors discharged us. And we have been in touch with the (Kenya) High Commission here while waiting for (Health Cabinet Secretary) Mutahi Kagwe to share the travel arrangements so we can return home.”

Kagwe last week announced a suspension of flights from India for 14 days following a surge in positive Covid-19 cases in the country.

He also announced passengers transiting through India would be required to observe a 14-day mandatory period that has to be monitored by Kenya’s health officials.

Mulee stressed he was fit and ready to lead Kenya in the 2022 Fifa World Cup qualifiers.

The competition was slated to kick-off in June. But the Confederation of African Football (Caf) has rescheduled the matches to commence in October. The African Football governing body raised the challenges brought about surrounding the Covid-19 pandemic.

“It is good news (that the qualifiers have been postponed).” Observed Mulee.

“Most of our local-based players have been out of competition. And I was worried about their fitness ahead of such crucial matches. We are at a disadvantage. We experienced this challenge against Comoros last year. And it affected our performances. The rescheduling gives me ample time to monitor them and plan well.”

Mulee also lauded Caf’s decision to come up with strict Covid-19 protocols for all teams and players.

“In our recent matches against Comoros and Togo, we left Nairobi when all players had tested negative. Upon arrival we were told some of them were positive. When we tested them upon return, they were negative. I am happy Caf is coming up with laws to manage the testing of teams.” He noted.

Kenya is seeking to qualify for the Fifa World Cup for the first time in the country’s history. And they have been pooled against Uganda, Rwanda and Mali.