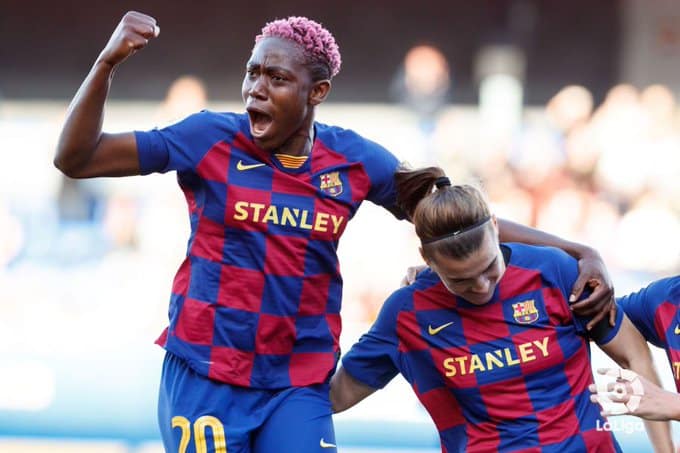 A goal from Bruna Vilamala Costa was all Barca need to secure the 2020/21 league title in Spain, the sixth in the history of the club.

Super Falcons star did not feature in this game as she is injured.

Asisat Oshoala is working hard to be available on May 16 when Barca Femeni will take on Chelsea for the UEFA Women’s champions league final.