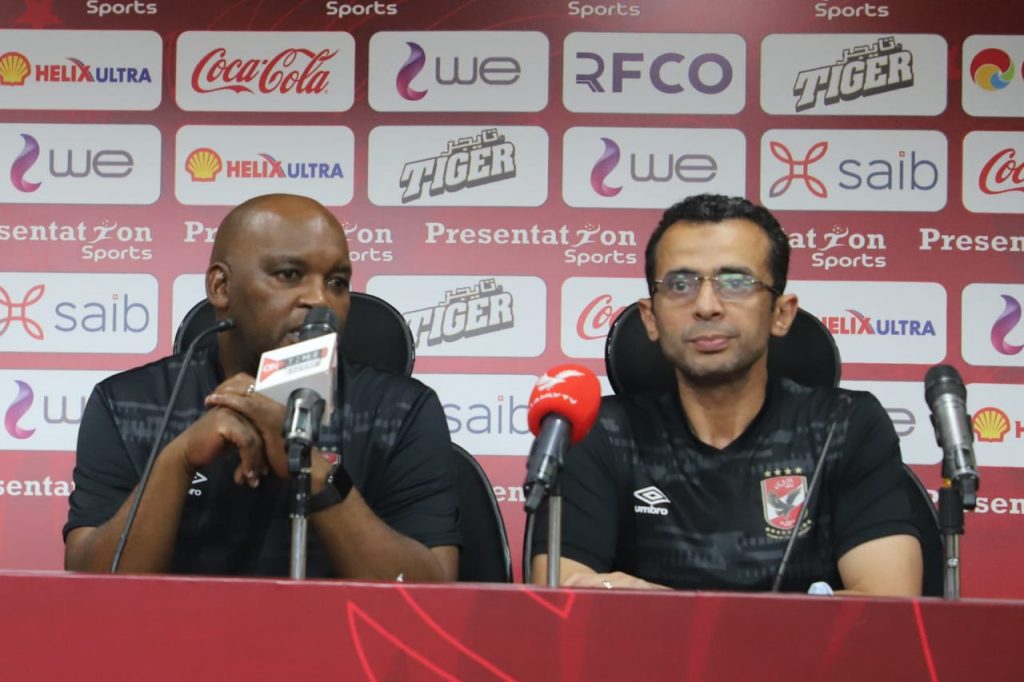 Al Ahly coach Pitso Mosimane has appeared to question the timing of Monday evening’s Cairo derby, amid reports that he is under pressure.

Mosimane spoke about the derby after Al Ahly drew 1-1 against rivals Zamalek.

“Al Ahly is the only team that represents Egypt in the CAF Champions League and we should have everyone’s support. We shouldn’t face Zamalek SC now,” he told Al Ahly website.

Mosimane described the game against Zamalek as difficult, saying the draw was a fair result for both teams.

“We are not happy that we lost two points. However, we won four points from six a total of six against Zamalek and we have to be optimistic.”

“You could feel that Zamalek was playing for their pride. Obviously, they didn’t want to lose three matches in a row,” he said.

Mosimane said he was now focusing on the CAF Chamoions League against Mamelodi Sundowns, his former employers in South Africa.

“I would like to focus on the fact that we score every game. Of course, we don’t like to concede. When we play in the CAF Champions League we have to not concede. “

“I focus on every game at a time. We were focusing on the game against Zamalek and now we will start focusing on our next match against Sundowns,” he said.


The South African further sought to put matters into perspective, saying Al Ahly were on track in their pursuit for silverware.

“We’ve done everything that we are supposed to do. We are the defending champions and we won the bronze medal in the FIFA Club World Cup. Now we are in the quarterfinals of the competition and we are performing well,” Mosimane said.

Al Ahly have two games in hand and trail the leaders Zamalek by four points.

Salah Mohsen gave Al Ahly the in the 73rd minute only for Zamalek to pull level through Ferjani Sassi six minutes later.