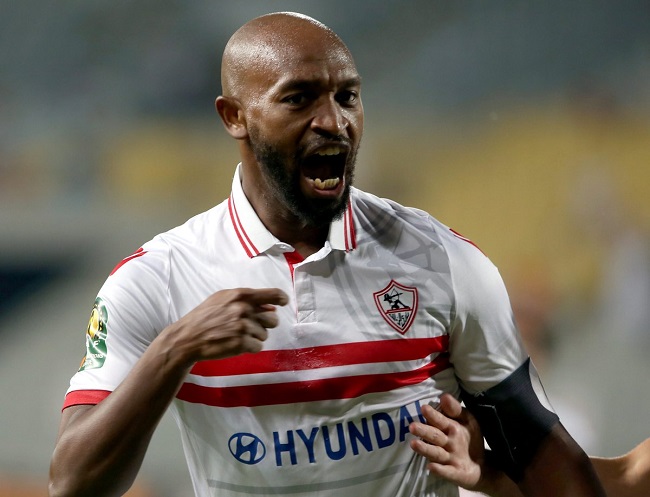 Zamalek’s veteran winger Mahmoud Shikabala was handed a two-game ban on Tuesday for pointing to his shoe in an apparent insulting gesture to a small contingent of Ahly supporters during Monday’s Cairo derby.

The 35-year-old was caught on television cameras making the gesture when he was replaced in the 69th minute. Reports said he was derided by dozens of the Ahly fans who were allowed to attend the match at Cairo Stadium.

“Mahmoud ‘Shikabala’ Abdel-Razek is suspended for two matches and fined EGP 50,000 for his unsporting behaviour.” The Egyptian Football Association said in a statement.

There is no love lost between Shikabala and Ahly’s supporters. The schemer has been involved in numerous confrontations with the Red Devils’ fans throughout his troublesome career, often responding to any offensive chants in an unruly manner.

Shikabala has been one of Zamalek’s key players this season, even though he can barely complete 90 minutes due to fitness issues.

On Monday, he came close to netting another copycat goal. He cut inside a couple of challengers from the left in the first half. And, instead of sending a trademark curling shot into the far top corner, he tried a low shot that Ahly keeper Mohamed El-Shennawi did well to parry.

Shikabala has scored two goals and provided four assists in 20 appearances in all competitions so far this season.