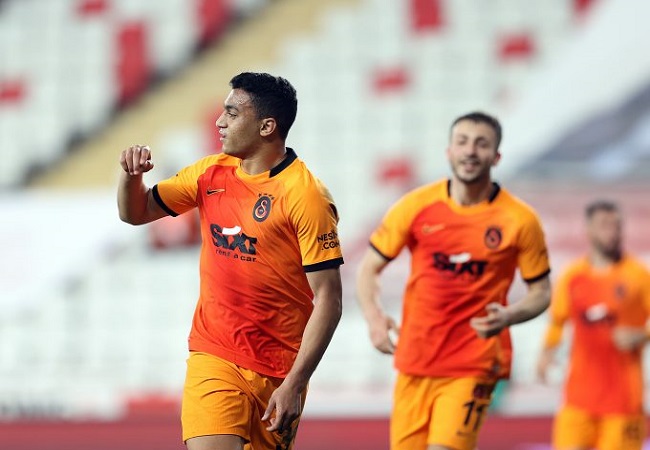 Galatasaray are meeting Denizlispor in the Turkish Super Lig game this Tuseday. And manager Fatih Terim has included Egypt’s Mostafa Mohamed in the squad though injured.

Galatasaray collected three crucial points on Saturday after beating rivals and league leader Besiktas 3-1. Ryan Babel, Radamel Falcao and Arda Turan were all on the scoresheet.

Mostafa Mohamed, on the other hand, was kept on the bench for Falcao who has been in an impressive form lately. The Egypt international eventually replaced the former Atletico Madrid striker in the 63rd minute. But he didn’t remain on the pitch until the end of the game.

Just moments before the final whistle, Mohamed was brought off on a stretcher after picking up an ankle injury. And Turkish news outlet Fanatik reported that he was given a day-off, as they await his final diagnosis.

While his stance on the game hasn’t been fully disclosed, the 23-year-old was still included in The Yellow-Reds‘ squad, while Falcao was excluded.

According to local reports, it will be decided whether or not he plays a couple of hours before kick-off.

With just two games left until the end of the season, Galatasaray are still in the title race as they sit third with 78 points. They are one behind Fenerbahce and three behind Besiktas.