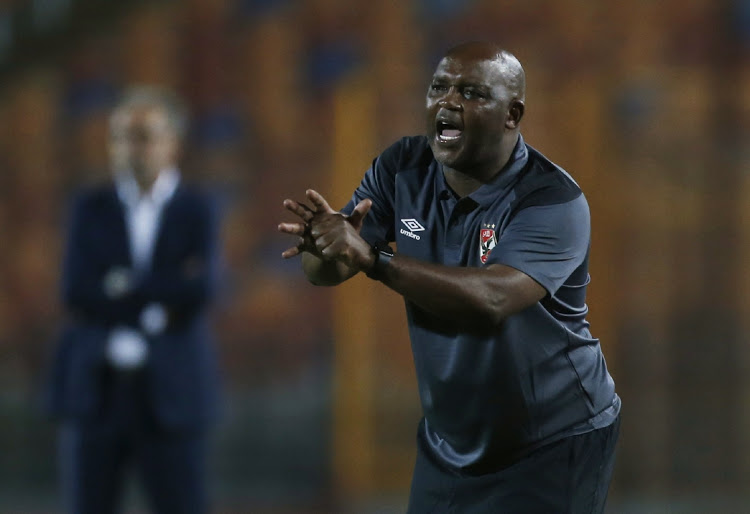 Al Ahly head coach Pitso Mosimane warned his players about their opponents Mamelodi Sundowns in the quarterfinal of the CAF Champions league next Saturday.

First, the South African manager bemoaned the fact that the Cairo derby was not postponed due to their continental clash on Saturday, May 15 as he fears for fatigue among his team.

“Of course it [fatigue] affected us, and you can see that at the end of the Zamalek match”, Mosimane said after the game as per KingFut.

“We are the only Egyptian team playing in the CAF Champions League. Why was a match like that against Zamalek set up before the Sundowns clash, and wasn’t postponed, as happened with Sundowns in South Africa, to give them a rest before our match?

“But this is the nature of the Egyptian Premier League, and we will try to adapt to all circumstances.

Moreover, he expects not to be Pep Guardiola when facing his former club as he wants to win.

“Sundowns is a strong team. I made us a monster, and now it wants to defeat me, but this is football. Guardiola faced Barcelona when he was coaching Bayern Munich and lost again them. I hope not to do the same”, he added.