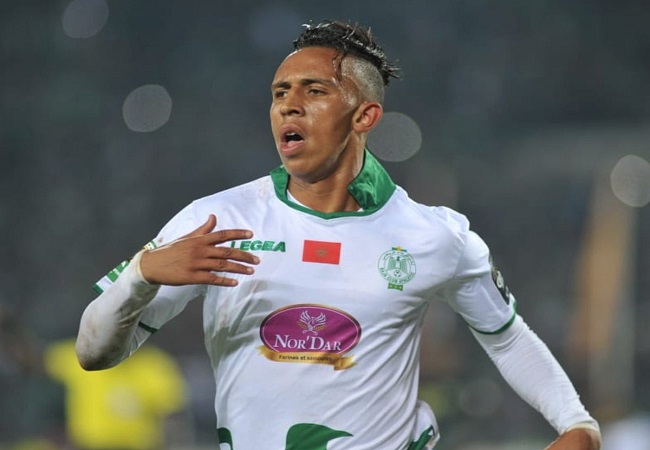 Reports announced that Cairo giants Al Ahly are close to complete move for Soufiane Rahimi. The striker wouldn’t be the first signing from Raja Casablanca this year. The Red Devils have signed Badr Benoun already last summer from the Moroccan giants.

The 24-year-old has participated in 26 matches across all competitions where he scored 10 goals and registered eight assists.

According to Moroccan outlet Almountakhab, Al Ahly are nearing a deal to sign Rahimi from Raja in the summer.

Al Ahly have bid $5 million in order to acquire the services of Rahimi, who just made his debut for Morocco on March 26 against Mauritania.

Mosimane did not witness the desirable impact from Al Ahly forwards this season whether in their Egyptian Premier League or Champions League campaigns.

Aside from Mohamed Sherif, the other three forwards on Al Ahly’s roster, Marwan Mohsen, Salah Mohsen and January signing Walter Bwalya, have contributed to a total of three goals for the team this season.