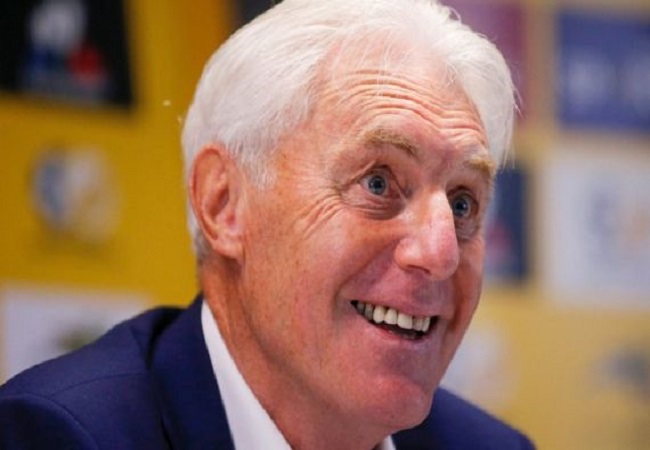 After arriving in South Africa on Monday, Hugo Broos is set to leave Bafana Bafana. The 69-year-old coach will fly back home less than two weeks after touching down in Mzansi. And the newly appointed coach has explained the matter.

Hugo Broos was initially expected to prepare Bafana Bafana for the first round of 2022 FIFA World Cup qualifiers in the first week in June against neighbours Zimbabwe.

However, SAFA and Broos caught a massive break when FIFA postponed the opening round of the all-important qualifiers until September.

Bafana Bafana are expected to play two friendlies in June against yet-to-be-confirmed opponents which will be overseen by Broos’ newly-appointed – and little-known – assistant Čedomir Janevski as well as whoever the local assistant(s) might be who SAFA are expected to name in the coming days. Hugo Broos won’t be however in the country.

“I will be here in South Africa until the 24 May. Why? You know we’re living in a world of Covid. And I’ve already gotten my first vaccination in Belgium. So I will have the second one on the 4 June.” Explained Hugo Broos in his first official media briefing.

“I think and hope that you will understand why I will go back to receive my vaccination. So that I will be protected. When I see what will happen in the next months, we will have to travel a lot. So I don’t want to be sick.

“This is not only for myself but for South Africa. – If you have a coach that will have Covid and be out for one month, or in the worst case not even be here in this world anymore, I think you’ll understand why I want to go back to Belgium. It’s very important for me.

“What will happen then with the games we will play in June? They will be run by my Belgian and South African assistants.

“What will I do? I will monitor the games for sure. And I will analyse them and discuss it with my assistants. I don’t really need to be here for those games. Because I have trust in my assistants that they will do it very well.” Hugo Broos concluded.