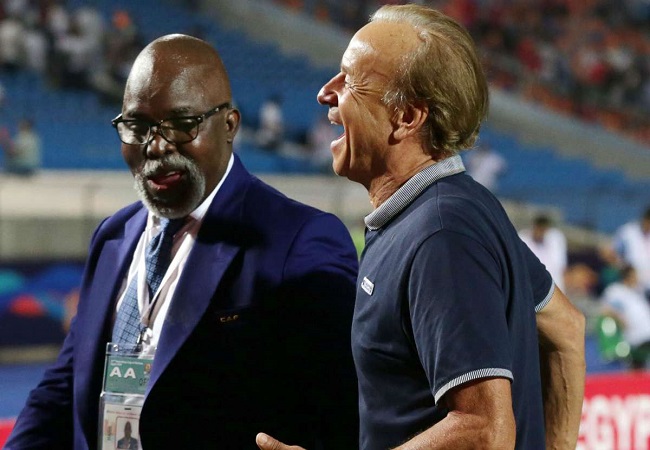 Nigeria Football Federation (NFF) president Amaju Pinnick has confirmed that the Super Eagles would still be in action next month.

Gernot Rohr’s men were initially scheduled to start their 2022 World Cup qualifying campaign in June. But it has been shifted to September.

The decision leaves the next international window free for the team. However, in a chat with the media, Pinnick confirmed the team would still take advantage of the window by playing some friendly games.

“We want to keep the Super Eagles busy in this coming next month. Knowing fully well bulk of the leagues in Europe would have come to an end.” Pinnick said.

Pinnick revealed the players would be allowed to rest following the completion of the season before the scheduled friendly games.

“After they rest a while, they should engage in top grade friendly in order to keep the boys in better shape ahead of World Cup qualifiers which is crucial for us as a Nation.” He added.

The teams lined up for the friendly games are unknown. But they are likely to be African teams as the European nations, and South American teams would be preparing for the Euros and Copa America, respectively.