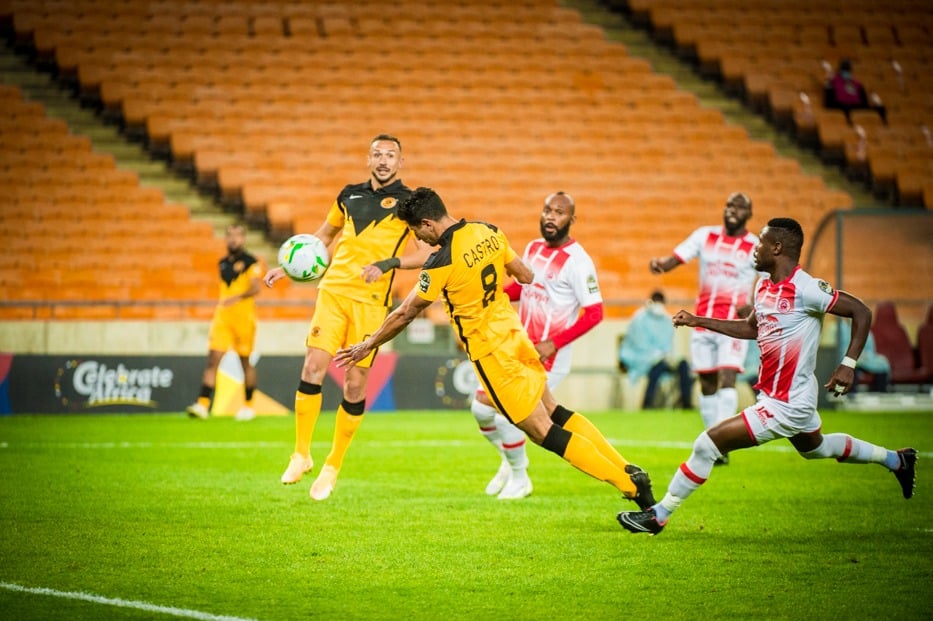 Kaizer Chiefs hunted down Tanzania’s Simba (lions), forcing them to ‘flee’ from FNB Stadium with tails tucked between their legs after a 4-0 hiding in the CAF Champions League quarter-final encounter on Saturday evening.

Now, Chiefs march into the forthcoming quarter-final second-leg encounter in Tanzania with a huge advantage following the commanding home display.

It was an unexpected performance for Chiefs who have not had the best of times in the domestic league and off the field of play.

A day before the game, Chiefs’ fans took to the street to express displeasure with the way management is running the team.

The worst was expected for the struggling Chiefs.

On the contrary, defender Eric Mathoho put Chiefs ahead barely after six minutes into the match.

Then striker Samir Norkovic doubled the advantage for the hosts with a headed goal in the 34th minute after meeting Reeve Frosler’s cross.

Soon after the second goal, Chiefs coach Gavin Hunt made a switch, pulling out injured Zuma for striker Leonardo Castro.

The hosts led 2-0 at half-time. When play resumed, Norkovic added his second and Chiefs third in the 57th minute.

There was no way for Simba to come back into the contest on the evening.