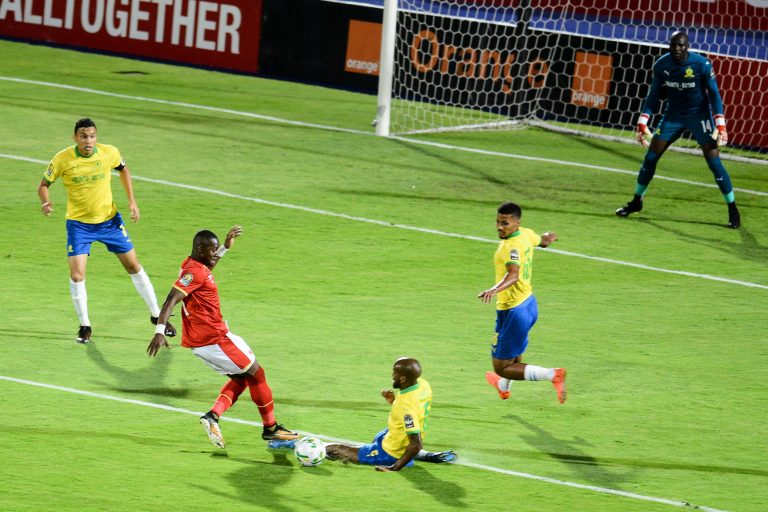 “I am satisfied with the performance of my team and we were better at times. The qualification rate is 60% in favor of Al Ahly. However, we have the advantage of playing the second leg at our stadium, and will be able to score multiple goals,” KingFut quoted Mngqithi saying.

He rated Sundowns chances after losing 2-0 away to Al Ahly in the quarter-final first leg match on Saturday evening.

“It was a difficult match. We played well and unfortunately, we did not score,” the coach told a press conference. I have never seen Sundowns defeat Al Ahly in Egypt, nor have I ever seen Al Ahly play on the counter-attacks in their stadium. The first half is over, and the second will be in Johannesburg,” he said.

“We dominated the midfield and wasted more than one chance. The performance in the second half was better, but we did not create the same number of chances we did in the first half.

“Mohamed El-Shennawy was very present and saved more than one goal. I respect Al Ahly. They have smart players like Mohamed Sherif, Afsha and Taher Mohamed. I am convinced that we are a great team, and this is just a one match loss.

Al Ahly travel to South Africa for the second leg later this month.