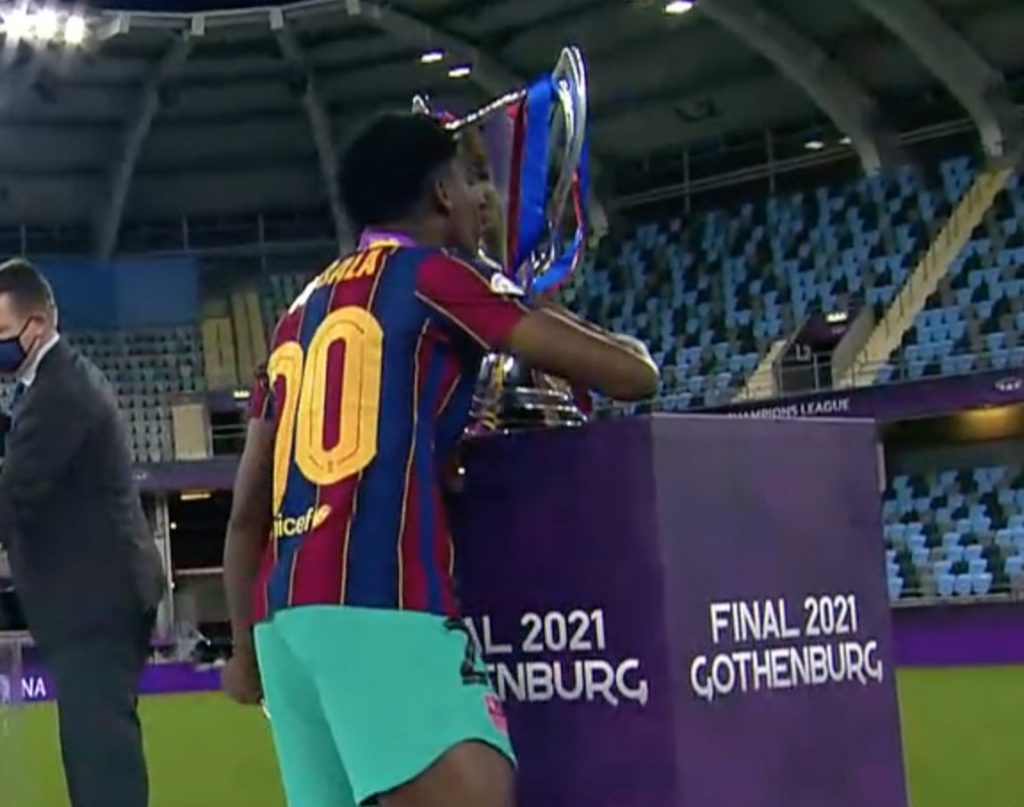 Super Falcons captain Asisat Oshoala became the first African player to win the Women’s Champions League as Barcelona Ladies thrashed Chelsea Ladies 4-0 to lift the title.
Oshoala came in as a substitute in the 71 minutes after the deed has already be done as Barcelona Femine scored Al four goals in the first half.
After losing 4-1 to Lyon in the final last season, Barcelona were determined not to let the title slip away from them again.
They took the lead just one minute of play when Chelsea midfielder Melanie Leupolz put the inside her own net.

Alexia Putellas doubled the lead in the 14th minute from the spot and in the 21st minute, Altana Bonmati scored to make it 3-0.
Graham Hansen’s 36th minute goal ensured saw Barcelona Ladies over the hills and far away with no way of catching up for Chelsea.
Oshoala joined the fray in the 71st minute as she once again etched her name in the history book of the Women’s Champions League.
Last season, she became the first African female player to score in the UEFA Women’s Champions League .