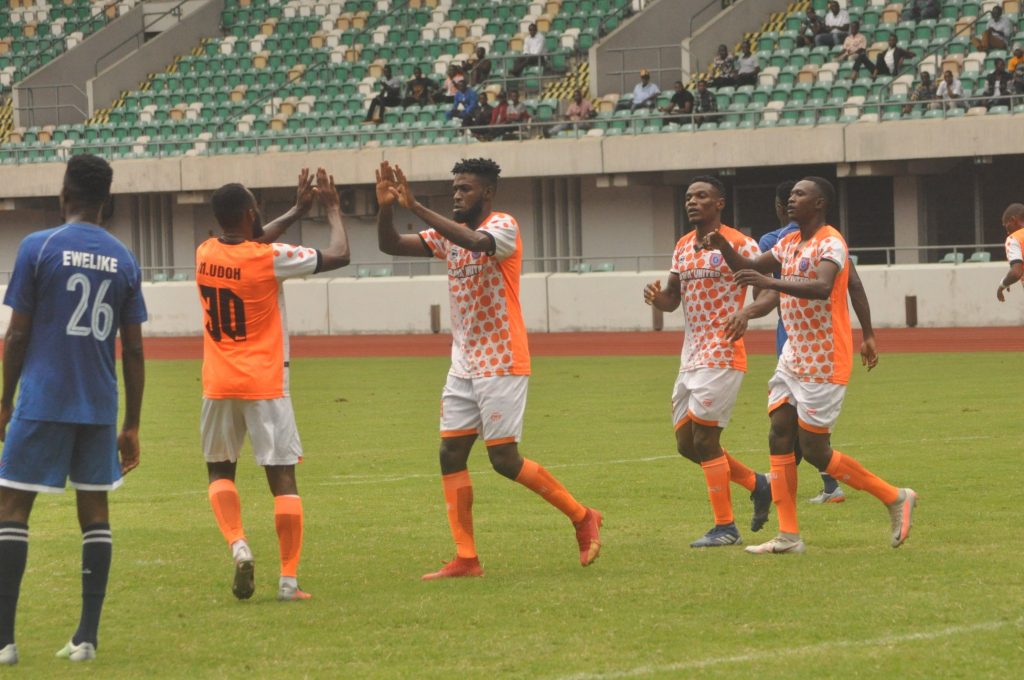 Action continued in the Nigeria Professional Football League(NPFL) as it entered Matchday 21 across various Stadium in the country.

Matchday 21 produced intriguing and mind-blowing  results as four teams won away from home.

Nine games were played with the oriental derby between Abia Warriors and Enyimba postponed due to the latter participation in the CAF Confederation Cup.

A total of 15 goals was scored with four teams winning away from home with the goalless between Sunshine Stars and Jigawa Golden Stars as the only stalemate of Matchday 21. 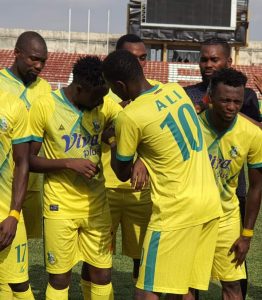 At the Ahmadu Bello Stadium, Ahmed Musa made his long awaited return to the NPFL in Kano Pillars’ 1-0 win against Adamawa United.

Prior to the kickoff, Captain Rabiu Ali handed the armband to Musa as a mark of respect to the Super Eagles captain.

Musa went on to set up Ali who scored the winning goal in the 10th minute as Pillars maintained their second position on the table with 40 points.

Akwa United held on to top place on the league table with an emphatic 2-0 away win against Dakkada FC.

The local rivalry between both team was settled by two goals in the first and second half by Charles Atshimene in the 11th and 48th minute. 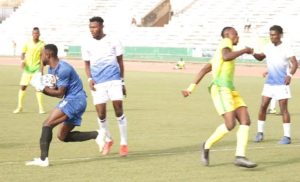 At the Ilorin Township Stadium Kwara United bounced back to winning ways with a 2-0 victory against Plateau United.

A goal from Jide Fatokun scored tvr opening goal for the host in the 49th minute while Stephen Jude scored the second goal 10 minutes from time.

With the victory, Kwara United remain in third position with 39 points from 21 matches.

Rivers United kept their hope of reaching top three with a 1-0 away win against Enugu Rangers at the Nnamdi Azikiwe Stadium.

Former Rangers player Godwin Aguda returned to the Cathedral to hunt his former club as he scored the oy goal of the game.

Warri Wolves plunged deeper into the relegation zone as they suffered a 2-0 loss to MFM FC at the Ozoro Polytechnic Stadium.

After been awarded three points and three goals in a walk over against FC IfeanyiUbah, MFM FC picked another vital away win.

Goals from Ifeanyi Onyebuchi and Clement Ogwu scoring in the first half was enough to hand the Olukoya Boys the points.

Manu Garba gave Wikki the lead in the  22nd minute before the visitors rallied back with Anas Yusuf and Silas Nwankwo scoring for Nasarawa United.

Goals from Bright Onyedokachi in the 14th minute and Kelechi Chinezie in the 26th minute handed the Naze Millionaires the three points.

Heartland moved to 7th place on the league table with 32 points in 21 games.

Sunshine Stars struggle continued as they were held to a goalless by Jigawa Golden Stars at the Akure Township Stadium.

Sunshine are now in the relegation zone as they current sits in 17th position with 20 points.

After being walked over and lost by three goals, FC IfeanyiUbah suffered a 2-0 loss to former champions Lobi Stars at the Aper Aku Stadium in Markurdi.

Ossy Martins and Monday Akile were the goalscorer for the Peace Keepers .