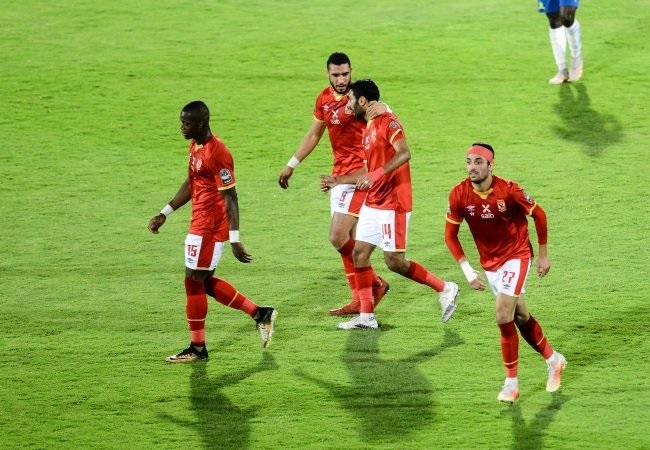 Al Ahly are in CAF Champions League second leg clash against Mamelodi Sundowns in Pretoria this weekend. And Pitso Mosimane’s side have been handed a triple blow ahead of this encounter.

The defending CAF Champions League winners got the job done in Cairo on Saturday, condemning Sundowns to a 2-0 defeat at the Cairo International stadium.

Mosimane’s task of getting past his former side suffered a blow with the Egyptian outfit confirming that three players will be missing for the second leg tie at the Lucas Moripe Stadium on Saturday.

Al Ahly have confirmed via their official website on Monday that the duo of Mohamed Mahmoud and Mostafa Shobier will miss the clash, with both players testing positive for COVID-19 following Sunday’s round of testing.

In addition, the Red Eagles of Cairo will also be without the services of striker Marwan Mohsen who sustained a knee injury.

However, good news for the Egyptian giants as two key players Ali Maaloul and Hamdy Fathi have returned to fitness. They have been out of action with lengthy injuries for Mosimane’s side this season.

Mosimane and his Ahly side made the voyage to South Africa last night. And they are expected to conduct their first training session in the country on Tuesday.

Full Al Ahly squad as below.