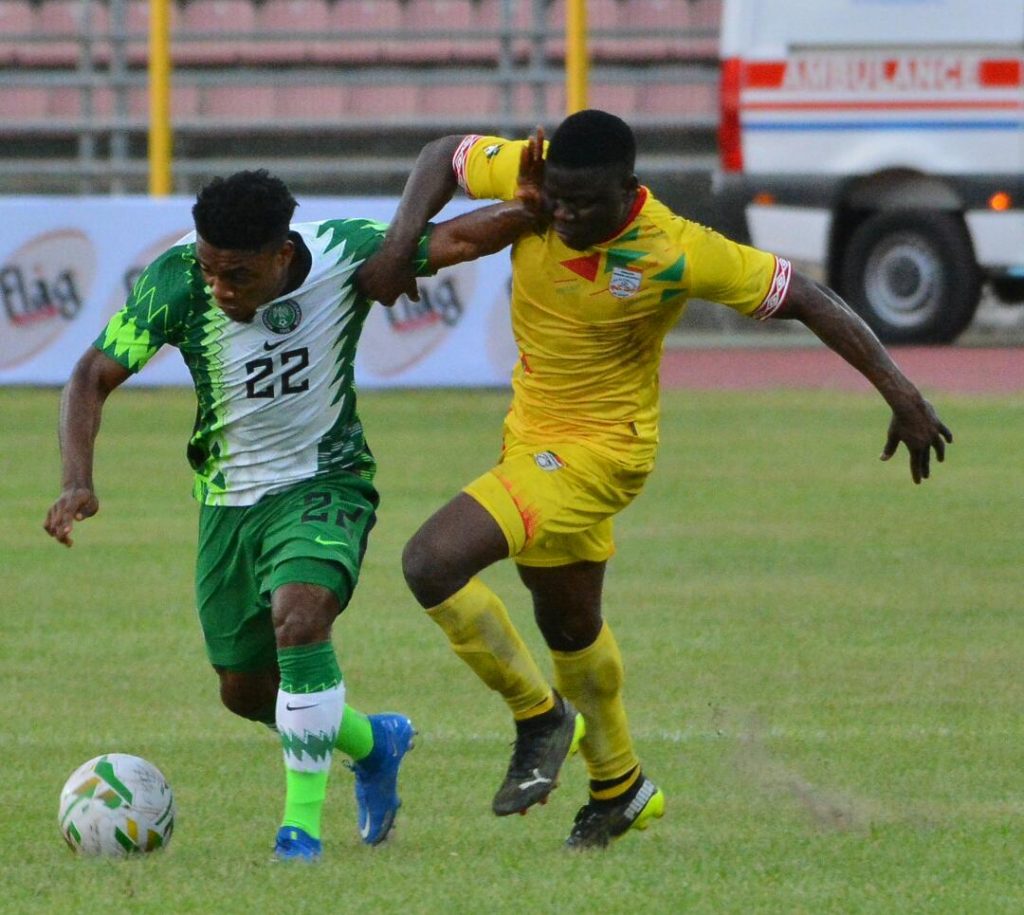 Enyimba FC winger Anayo Iwuala os delighted to be included in Super Eagles squad ahead if their international friendly match next month.
Iwuala got his first international call up  in March when the Super Eagles played against Benin and Lesotho in the Africa Cup of Nations qualifier.
The winger impressed in his first game when he came as substitute in the 1-0 win against Benin Republic.

Super Eagles technical adviser Gernot Rohr released a 32 man squad list ahead of the June friendly and decided to give the Iwuala another chance to prove himself.
The player in a tweet said it was a privilege to be included in the 32- man squads.
He wrote: Second national duty call up,its a privilege for me to be invited.
Iwuala was not in action in Enyimba’s 4-1 loss to Pyramid FC in the first leg of the CAF Confederation Cup.
He wrote on his Twitter account:
https://twitter.com/EmmanuelAnayo17/status/1394356616657580040?s=19