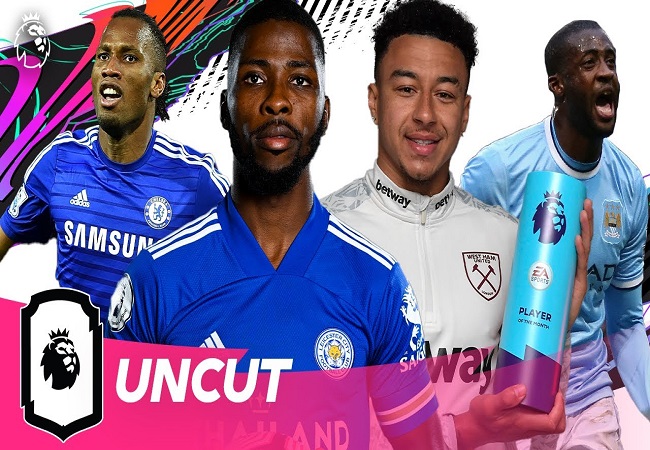 Kelechi Iheanacho is having his personal best season in the English top-flight. And the Super Eagles star has named the qualities of six special players which would make his ultimate African player.

When it came to the Man of the moment to use his knowledge to build his ultimate African player, Iheanacho chose the shooting quality of Didier Drogba, the passing attribute of Yaya Toure, the speed of Gervinho, the dribbling skill of Austin Jay-Jay Okocha, the defending skill of Kolo Toure and the strength of Isaac Success.

The ex-Man City man revealed this when asked in an interview with Premier League’s youtube channel. The first player Iheanacho selected was Gervinho, highlighting the former Arsenal star’s pace.

Although he did mention Salomon Kalou first, the 24-year-old went for Gervinho. Drogba is Africa’s top scorer in the Premier League. And it was a no brainer when Iheanacho went for his shooting qualities.

https://www.youtube.com/embed/Tvgan8NqnAA?feature=oembed “In front of goal, Didier Drogba is sick.” Iheanacho said about the former Chelsea star.

Iheanacho played with Yaya Toure when he was at Man City. And it was not a surprise when he chose the Ivorian for his passing qualities, although he praised his shot accuracy.

When asked for the dribbling skill of a player he would choose, Iheanacho did not think twice before putting forward the name of former Super Eagles captain Jay-Jay Okocha.

Okocha played for four years in the Premier League with Bolton. And during that period, he dazzled fans with his exceptional skills on the ball.

For his last two selections, Iheanacho chose Kolo Toure’s defending qualities. And surprisingly, he mentioned the strength of Isaac Success.

Although Success could not back up his name with his performances on the pitch in the Premier League, he was a teammate of Iheanacho in the Nigeria U-17 squad that conquered the world in 2013.