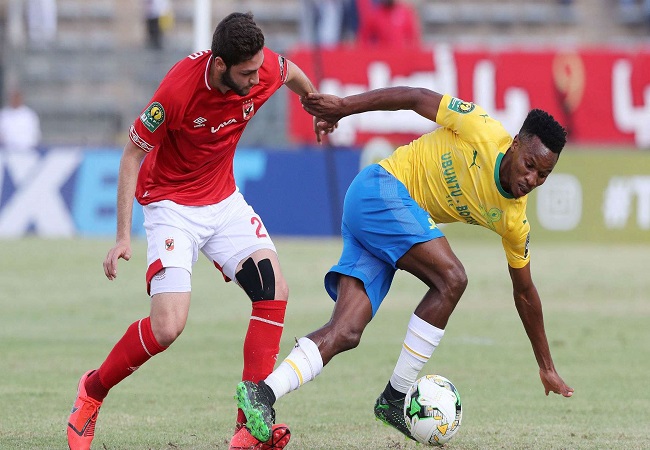 Mamelodi Sundown are hosting Al Ahly in their second leg of the CAF Champions League this Saturday in Pretoria. And contrary to Al Ahly defender Ahmed Ramadan “Beckham” who admitted the will not be easy, playmaker Nasser Maher confirmed on Thursday that he and his teammates are ready to claim another victory away over the South African side to march on in the African Champions League.

The Caro giants earned a 2-0 first-leg advantage over Sundowns following their home victory. And they will be favourites to book a semi-final berth when they meet their opponents.

“Ahly players will do their best to achieve a positive result against Sundowns to march on in the African Champions League as well as winning their 10th title to please the team’s supporters.” Said Maher as quoted on the club’s official website.

“Despite the difficult circumstances of key-players absent and injured, Ahly players always have to achieve victory in every game they play.” The Ahly playmaker added.