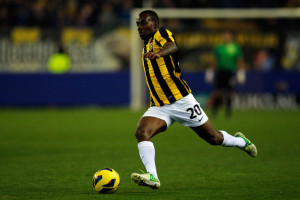 Omari wrote to Kakuta on May 18 2021 expressing Fefoca’s delight with the feat.

“I do myself the honour and the pleasure to send you my congratulations. This award recognizes and logically reveals the consistency of your contribution to the French championship by making RC Lens the promoted one on the way to qualifying for the UEFA club competitions  ”.

“May the Marc-Vivien Foé prize, which draws its essence in Africa, won for the first time by a Congolese, reinforce your motivation to serve your country, the Democratic Republic of the Congo, through its national selection, the Leopards. Please find, through these few words, the support and approval of the entire Congolese nation around the sporting values ​​marked by the national colors better embodied by our banner,” Omari wrote.