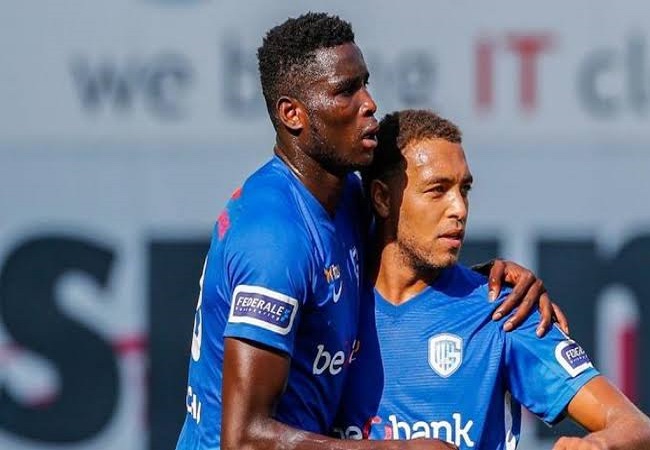 Racing Genk thrashed Royal Antwerp 4-0 at the Luminus Arena on Thursday evening. A result that keeps them second in the Belgian First Division A table. Genk will thus take part in the third qualifying round of next season’s Champions League.

Super Eagles strikers Paul Onuachu and Cyriel Dessers played a key role in the win. They were actively involved in three of the four goals the Limburg club scored.

Onuachu assisted Kristian Thorstvedt score two of his three goals. He set up the Norwegian three minutes after the restart. He then provided his second assist of the game in the 64th minute.

With sixteen minutes left on the clock, Dessers came off the bench to replace his international teammate. A move that meant Onuachu’s scoring streak in the division ended at seven games.

Dessers made an immediate impact, scoring barely a minute after his introduction – his sixth goal of the season.

Racing Genk will face back-to-back champions Club Brugge in their final fixture of the 2020-2021 season on Sunday, May 23.