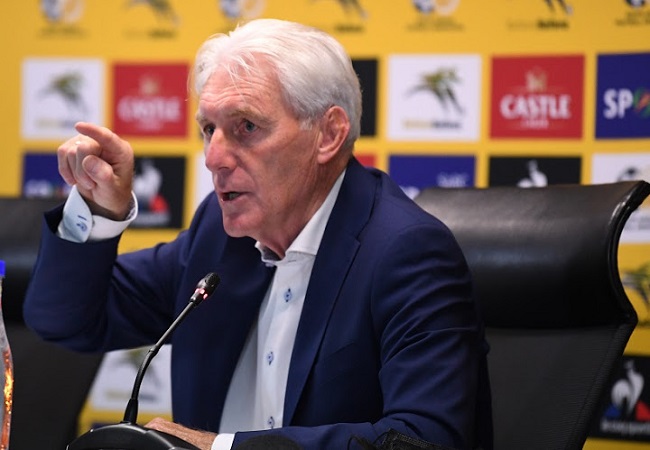 SAFA confirmed this week to have secured a friendly as part of preparations for the 2022 FIFA World Cup qualifiers. And new Bafana Bafana coach Hugo Broos has named his first squad for next month’s international friendly against Uganda.

The big omission from the squad was Orlando Pirates and Bafana Bafana captain Thulani Hlatswayo.

Other notable absentees included Bradley Grobler, Dean Furman, Kermit Erasmus, Themba Zwane and Thulani Serero. Could this be an indication that Broos will only select younger players in order to develop a side for the future?

Notable inclusions included the Maritzburg United duo Bongokuhle Hlongwane and Thabiso Kutumela. As expected Brighton and Hove Albion forward Percy Tau has been included and will be expected to lead the line against Uganda.

Broos, however, is unlikely to be in the dugout for the encounter as he will be in Belgium to get his Covid-19 vaccination shot.

Bafana will lock horns with Uganda on June 10 at Orlando Stadium, with the clash to get underway at 18h00.

The Belgian did indicate recently that it will be difficult for the national team to qualify for the 2022 World Cup which could mean that he may select his sides with a long-term vision and with the 2026 World Cup in mind.