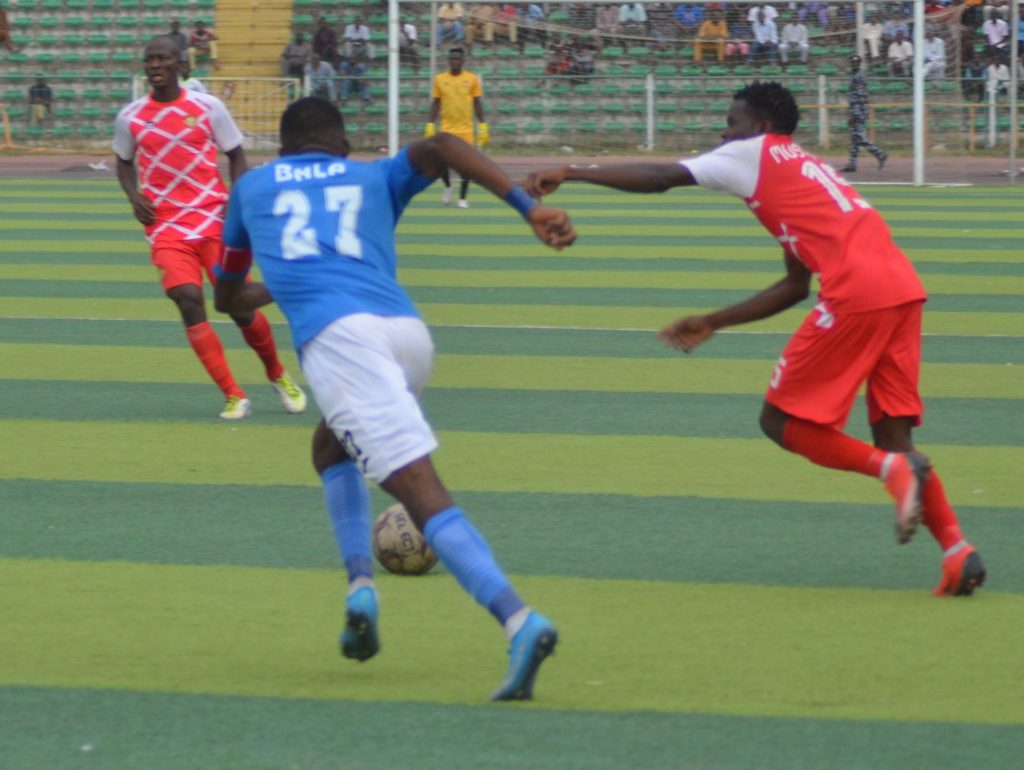 Enyimba FC vented their CAF Confederation Cup exit on Wikki Tourists as they returned to winning way with 2-1 win.
The People’s Elephant were sent packing by Egyptian side Pyramid FC on 5-2 aggregates.
They returned to the Nigeria Professional Football League with an away visit to Wikki Tourists in Bauchi.
Having failed to win in their last two NPFL games, Enyimba produced a stunning performance to push for continental ticket.
Reuben Bala scored the opening goal for thrle visitors as he  turned in Tosin Omoyele’s pass.

Wikki levelled through Stephen Gopey in the 32nd minute as both teams failed to score before the break.
Tosin Omoyele 67th minute goal was enough for Enyimba to run away with the points.
Enyimba with the victory moved to 7th position on the log with 34 points from 19 games with four games at hand.
Speaking after the game, Enyimba head coach Fatai Osho said he was delighted with the result as his players showed hunger.
“We showed hunger in the second half.
“A lot of times we’ve done badly in the second half but this time it was a massive performance.
“We are happy with the result.”