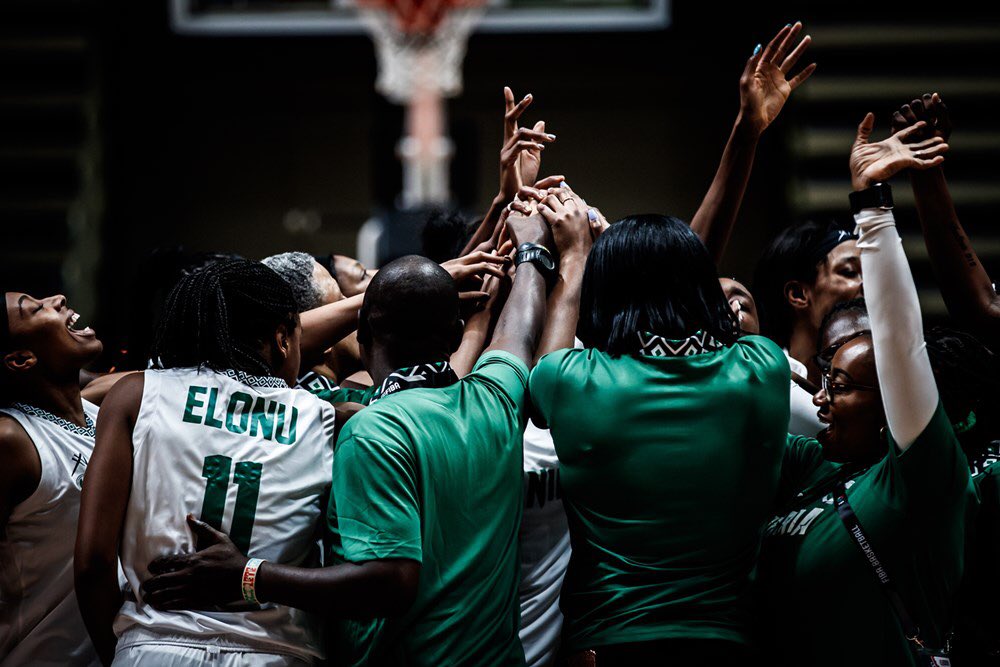 D’Tigress of Nigeria will be in action this weekend as arrangements have been concluded for three grade A friendlies with 2020 Olympics bound teams as the team step up their preparation for the games.

The Coach Otis Hughley tutored side who resumed the second phase of camping in Las Vegas on the 8th of May left for Belgium earlier this week where they will face Belgium, Puerto Rico and Serbia at the Lange Munte arena situated in Kortrijk.
Ezinne Kalu, Adaora Elonu, Promise Amukamara, Sarah Ogoke, Sarah Imovbioh and Aisha Balarabe are among the players in camp.

Read Also: No real basketball stakeholder would be asking FIBA to ban his country-NBBF

Others include Oderah Chidom, Amy Okonkwo, Atonye Nyingifa, Pallas Kunaiyi-Akpanah and Nicole Enabosi who are all jostling for a slot on the team to Tokyo.
The duo of Ify Ibekwe and Victoria Macaulay who could not join up with the team during the February camp in Atlanta due to Covid-19 protocols in Europe complete the list of players in camp.
The team which has 13 players currently in camp will face World number 23, Puerto Rico on Friday, 28th of May before taking on Serbia ranked 8th in the latest FIBA ranking.
The team will conclude its series of friendlies with another tough game against world number 6, Belgium on Sunday, 30th of May.
D’Tigress drawn in Group B will battle host-Japan, France and World Champions USA. at the games starting on the 23rd, July, 2021.