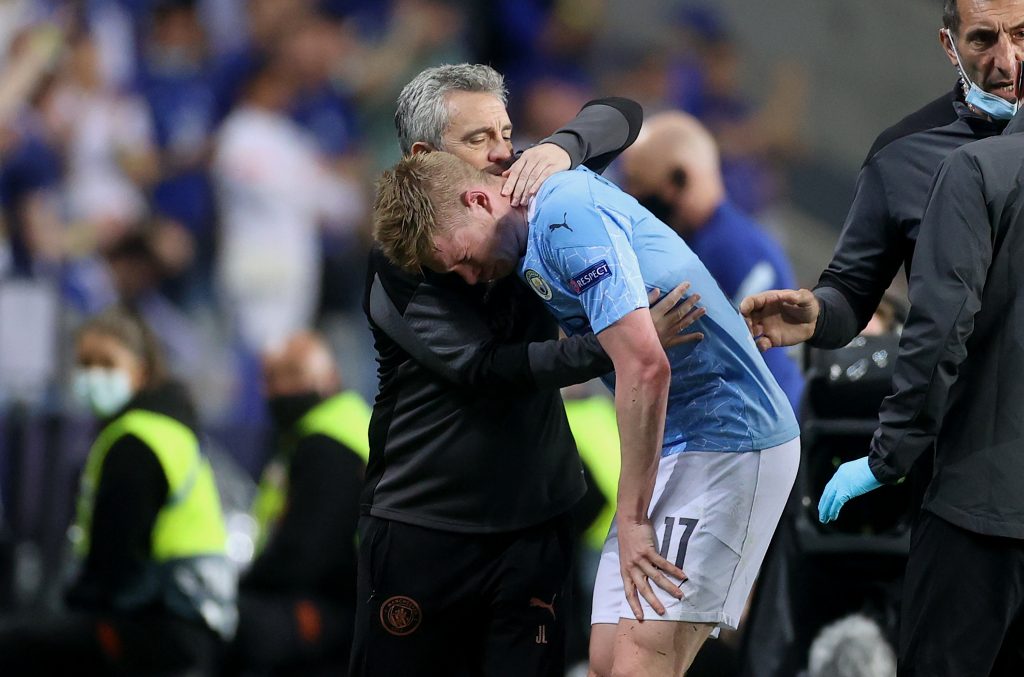 Manchester City playmaker Kevin De Bruyne has took on social media this Sunday to explain what doctors diagnosed after his injury during the UEFA Champions league final.

De Bruyne had to be helped off the pitch in the 60th minute against Chelsea with a horrible eye injury as Gabriel Jesus came in.

The Belgian midfielder went straight in the tunnel before being conducted to the hospital later. Man City have finally lost the trophy with Kai Havertz’s goal.

The 29-year-old has now shared more details about his injury and promised fans to be back stronger.

“Hi guys just got back from the hospital. My diagnosis is Acute nose bone fracture and left orbital fracture. I feel okay now. Still disappointed about yesterday obviously but we will be back”, Kevin De Bruyne wrote on his Twitter account.

He is expected to join Belgium squad for the Euros starting on June 11.