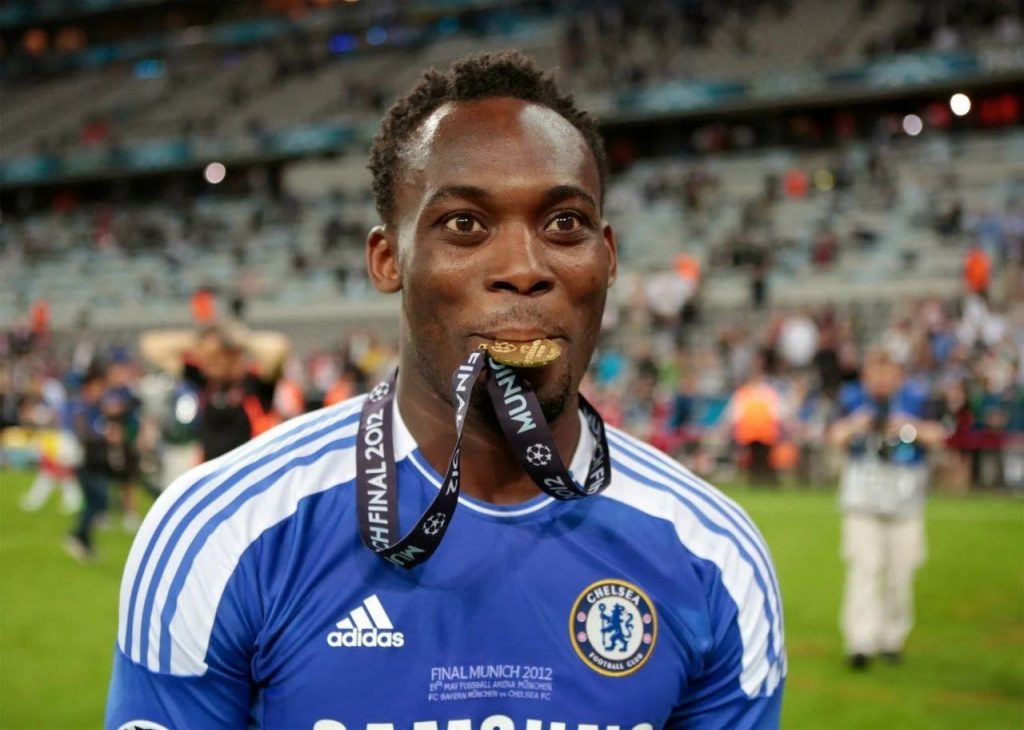 Former Ghanaian midfielder Michael Essien who was part of the winning squad of the UEFA Champions league with Chelsea in 2012 has congratulated the club for doing it again on Saturday night.

A goal from German midfielder Kai Havertz was enough for the Blues to secure their second UFA Champions league trophy.

And as many Chelsea legends the likes of Didier Drogba, Michael Essien has also sent congratulatory messages to the team managed by Thomas Tuchel on his Instagram account.

“Here they are the Champions of Europe. Congratulations boys. You guys did it again. Bravoo Chelsea”, Essien who won the UCL against Bayern Munich in 2012 wrote.