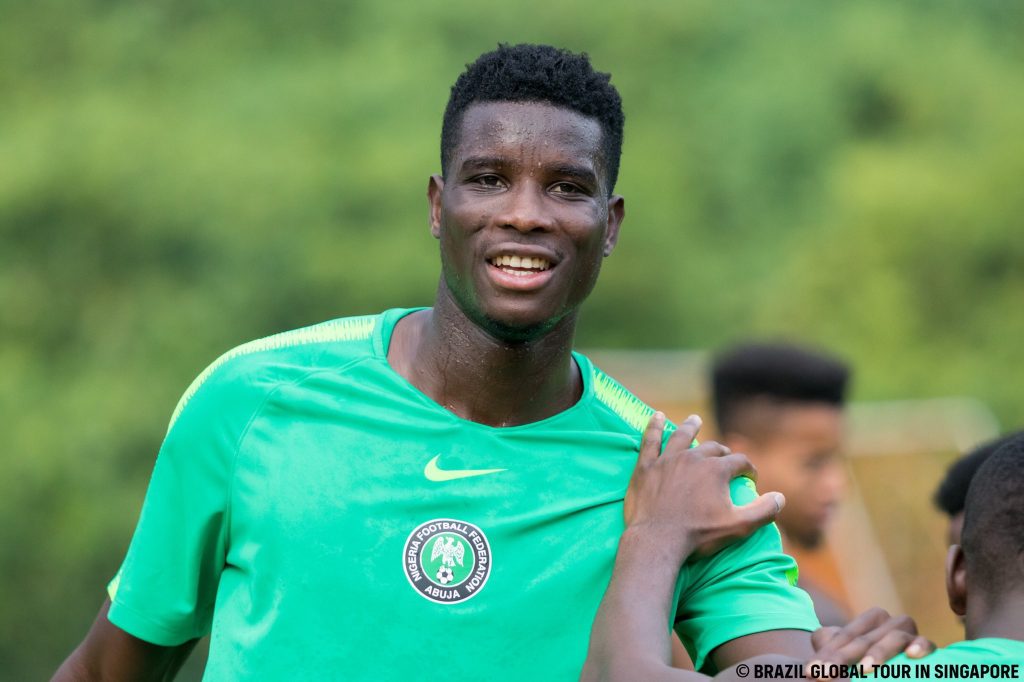 Super Eagles and Genk forward Paul  Onuachu has arrived Austria to bring the numbers of players in camp to 20 ahead of the international friendly against Indomitable Lions Cameroon on Friday.

Onuachu who finished as top goalscorer in the 2020/2021 Belgian Pro Jupiler season joined his national teammates this afternoon.
He is the last player expected by coach Gernot Rohr as his arrival increased the number of players in camp to 20.

The Genk forward is expected to take part in the team’s training session later on Wednesday.

Earlier today, captain of the team Ahmed Musa linked up with rest of his teammates at their training base in Austria .

Nigeria will take on the Indomitable Lions in the first friendly on Friday at the Stadion Weiner Neustadt.

While the second friendly is billed to hold at the same venue next week Tuesday.

The Super Eagles defeated Cameroon 3-2 the last time both teams met in a Round of 16 clash at the 2019 Africa Cup of Nations in Egypt.