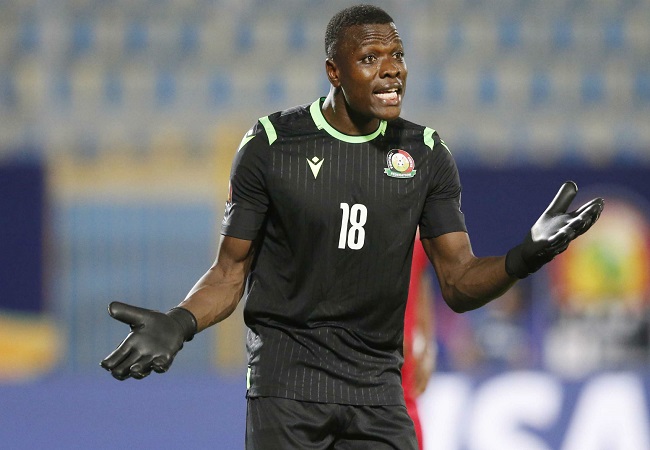 Harambee Stars goalkeeper Patrick Matasi and four of his family members were involved in a road accident. The accident occured at Lessos area along Nakuru-Kapsabet highway on Tuesday. The player and others are recuperating at Kakamega County Teaching and Referral Hospital.

According to a relative – Albert Mulanda, Matasi, alongside the four other family members who include his wife and son, were traveling to Nairobi when the accident occurred around 11am. He said that a tyre of their car burst causing the vehicle to roll several times.

They received first aid at a private hospital in Lessos, before being rushed to Kapsabet Hospital in an ambulance.

Mulanda, who was driving behind Matasi at the time of the accident, says they decided to transfer them to Kakamega County Teaching and Referral Hospital, since Kapsabet Hospital was ill equipped.

“We saw that they could not get the best medication at Kapsabet Hospital. Because the facility lacked basic things. Patients are required to buy them to be attended to.” Mulanda told Nation Sport on phone.

He said all the five are in stable condition save for Matasi’s two-year-old son, whose condition remains unkwown. Matasi currently plays for Ethiopian Premier League club St Georges, whom he joined in 2018 on a three-year deal

He also turned out for Poster Rangers, Tusker and AFC Leopards in the Kenyan league.

ALSO READ : HARAMBEE STARS COACH UNABLE TO BE BACK HOME FOR COVID-19 ISSUES