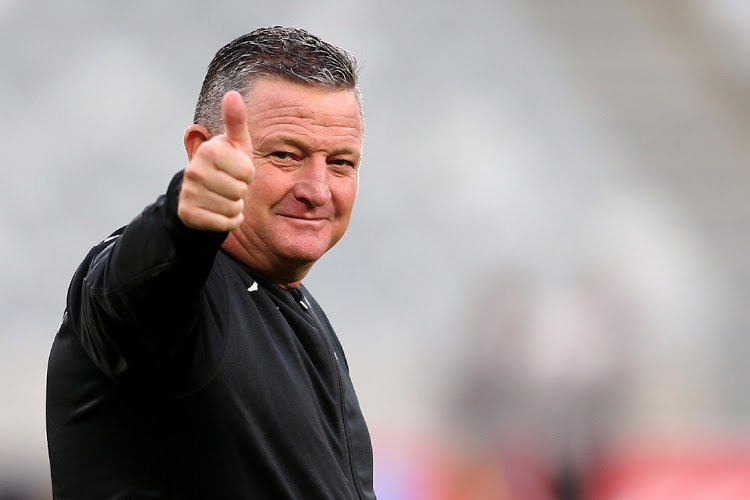 Gavin Hunt could be back on the sidelines in the Dstv Premiership soon, juts days after he left Kaizer Chiefs.

According to reports from South Africa and especially the highly-rated website KickOff, Hunt is not in shortage of interests since his departure from the Naturena-based outfit.

The SA outlet reveals that SuperSport United and another club in the Dstv Premiership are keen on naming the 56-year-old as their manager for the 2021/22 season.

“There could be a major development at SuperSport at the end of the season, with new owners set to take over. Whether the club is being sold or not, Hunt could be their new coach next season,” revealed a source.

“There was also interest from Stellenbosch before and they could revive that at the end of the season.”

Besides, the source added Hunt is also linked with Orlando Pirates job where Josef Zinnbauer sits on an ejection chair.

However, Hunt will be working as pundit for SuperSport TV alongside Austin Jay-Jay Okocha, Sammy Kuffour, Joseph Yobo and Yaya Touré in the upcoming Euro 2021 Championship as per The South African.