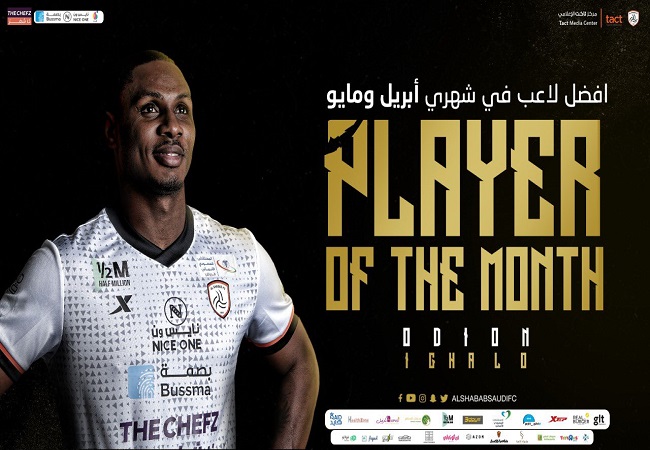 Former Super Eagles striker Odion Ighalo has been named Al Shabab’s Player of the Month for May. The Saudi Arabia club made the announcement on their verified Twitter handle.

Ighalo was in remarkable form in May for Al Shabab as they push for the title which was eventually won by Al Hilal as he scored in four consecutive games.

His goals helped his side finish second and qualify for next season’s Asian Champions League.

He ended the season with nine goals after featuring in 13 games.