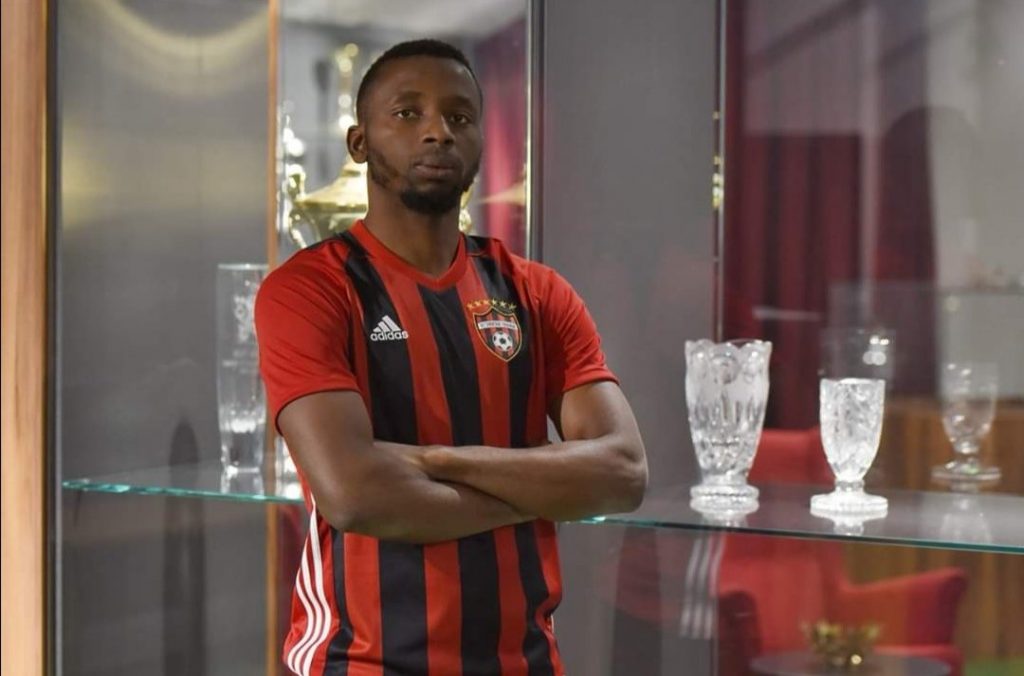 Super Eagles head coach Gernot Rohr has called up Spartak Trnava defender Anthony Izuchukwu to the squad ahead of their friendly against Cameroon.
Rohr called Izuchukwu to make up for the squad after some players opted out due to injury.
Izuchukwu arrived the Super Eagles on Wednesday taking the number of players in the Super camp to 21.

The 23-year-old played for Nigeria at the U23 level in 2019 featuring in the U23 2019 AFCON games against South Africa, Zambia and the Ivory Coast.

Read Also: Full House As Onuachu Touch Down In Austria

He has featured 20 times for the Slovakian club with one assist.

Nigeria and Cameroon will go head to head on Friday at the Wiener Nuestadt Stadium in Austria on Friday.

The Super Eagles had their second training session on Wednesday ahead of the double header international friendly against the Indomitable Lions.

Also, newly invited players were given a ceremonial induction to the Super Eagles squad.