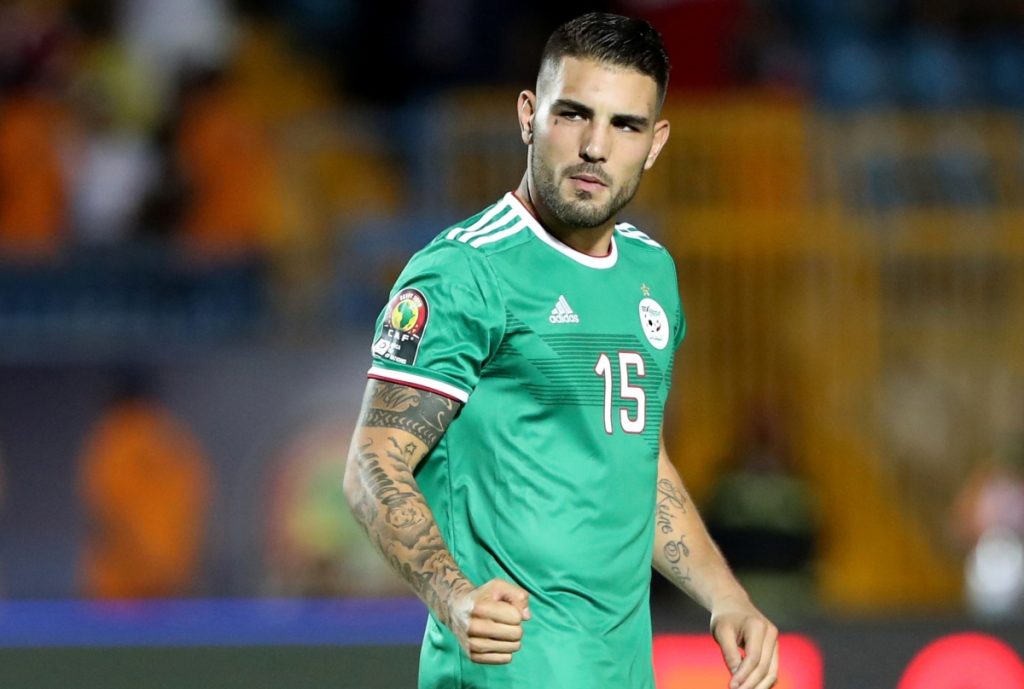 Montpellier and Alegria striker Andy Delort has just announced he will not feature in his side’s friendly against Mauritania tonight (7pm).

The AFCON 2019 winners will take on the newly qualified for the upcoming Africa Cup of Nations Mauritania at Mustapha Tchaker stadium.

But Djamel Belmadi will be missing the services of Andy Delort who is dealt a new injury setback.

“Disgusted and sad for the supporters, for the Algerian people. Due to a muscle problem, I had to withdraw from the 3 meetings. With all my heart with my brothers. Count on me to come back stronger”, Andy Delort posted on his Twitter account.

Additionally, Riyad Mahrez is also ruled of this game as he is given a rest following the UEFA Champions league loss to Chelsea in final last week.