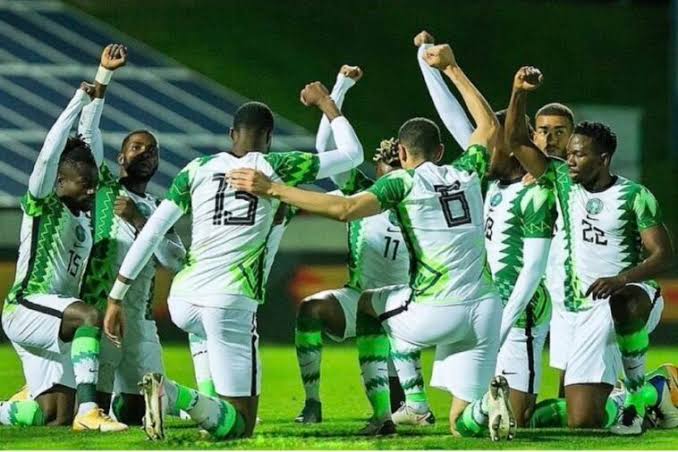 Rohr made four changes to the squad that lost 1-0 to the Indomitable Lions last week Friday.

Francis Uzoho returns to the goal post for the first time since October when he was injured in an international friendly against Brazil.

Following the absence of William Troost-Ekong,Ozonwafor gts a starting shirt.

Surprisingly, Jamilu Collins will start from the left back having passed fitness test as captain, Ahmed Musa will lead the Super Eagles out from the tunnel.

Versatile defender Shehu Abdullahi retains his place at right-back along with Jamilu Collins in the left-back position.

Kelechi Iheanacho has been drafted to the midfield alongside his Leicester City teammate, Wilfred Ndidi and Marcus.

The duo of Peter Olayinka and Paul Onuachu will lead the attack as the Super Eagles look to avenge their last week loss to the Indomitable Lions.