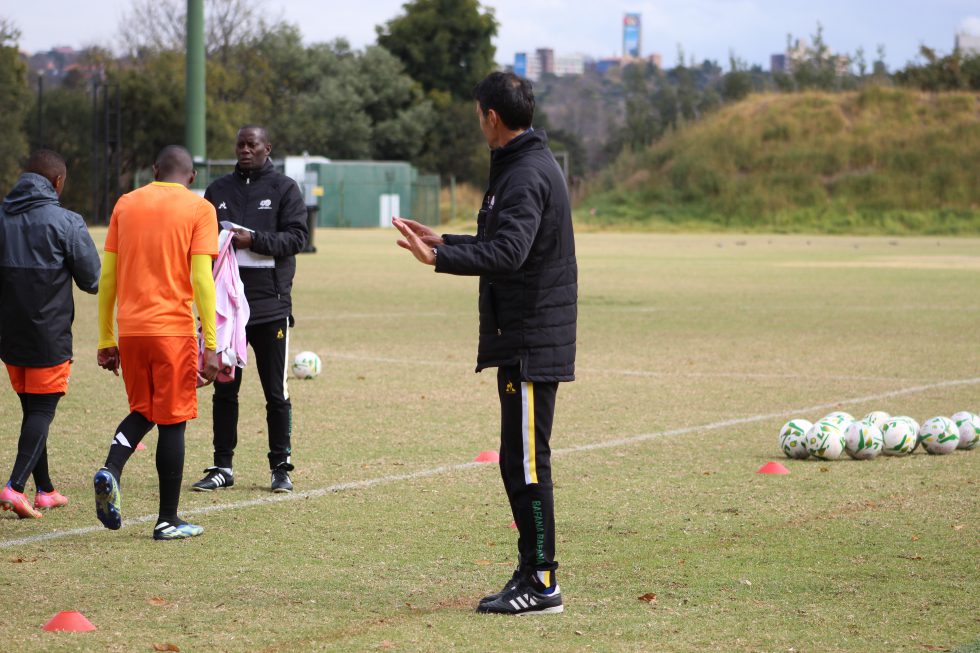 Mkhalele has reportedly told Bafana Bafana players to prove that they are better against the Cranes at Orlando Stadium in Soweto.

“You are by far better than Uganda and if you believe in yourself, you have an opportunity to start your own history for the country going forward. Go and make yourself and the country proud,” South African Football Association (SAFA) Media quoted Mkhalele saying.

The former Bafana Bafana winger will take charge of the team alongside Janevski Cedomir.

Coach Hugo Broos brought with him Cedomir upon being hired to replace Molefi Ntseki.

The team has since stepped up training with morning and afternoon sessions.
SAFA website says all of the players in camp took part in the training sessions except for Orlando Pirates midfielder Thabang Monare who is nursing an injury.
Cedomir will address the press on Wednesday in the absence of Broos who is back home in Belgium.