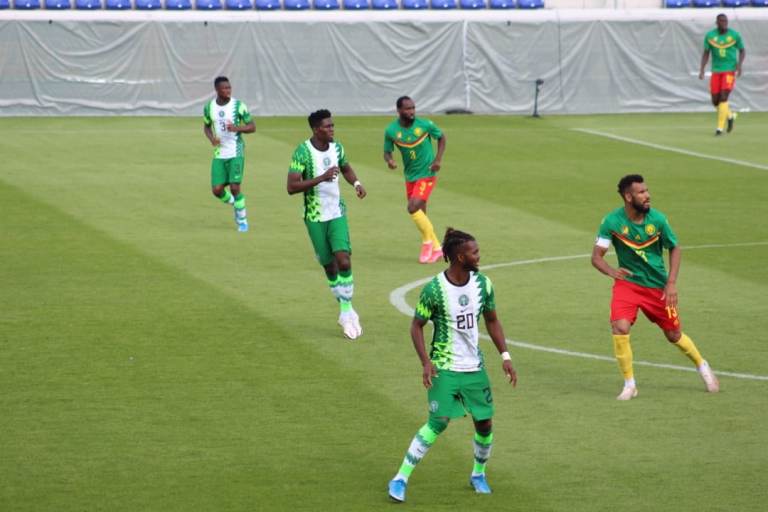 Super Eagles failed to have their own pound of flesh against the Indomitable Lions of Cameroon in their second friendly match at the Stadion Weiner Neustadt, Vienna on Tuesday.

The Super Eagles suffered a 1-0 defeat in the first leg held at the same venue but settled for a goalless draw in the second friendly.

Gernot Rohr made jus two changes to the team that lost 1-0 in the first leg with Maduka Okoye again returning to the sticks after a late injury by Francis Uzoho.

The Indomitable Lions who dominated the game in the opening minutes and almost broke the deadlock but Alex iwobi intervened to stop the ball from entering the net.

Paul Onuachu on the other end failed to capitalize on a through pass from Iwobi as he fired wide.

Cameroon thought they have finally scored in the last gasp of the first half bit the goal was ruled for offside.

Lorients FC forward Terem Moffi made his international debut coming in for Onuachu after the break.

Rohr in his quest to get a goal introduced Abraham Marcus made his much awaited international debut as he vane in for Moses Simon in the 67th minute.

Nigeria had the last chance with 13 minutes to end of the game when Kelechi Iheanacho missed a seater after a through pass from Iwobi.