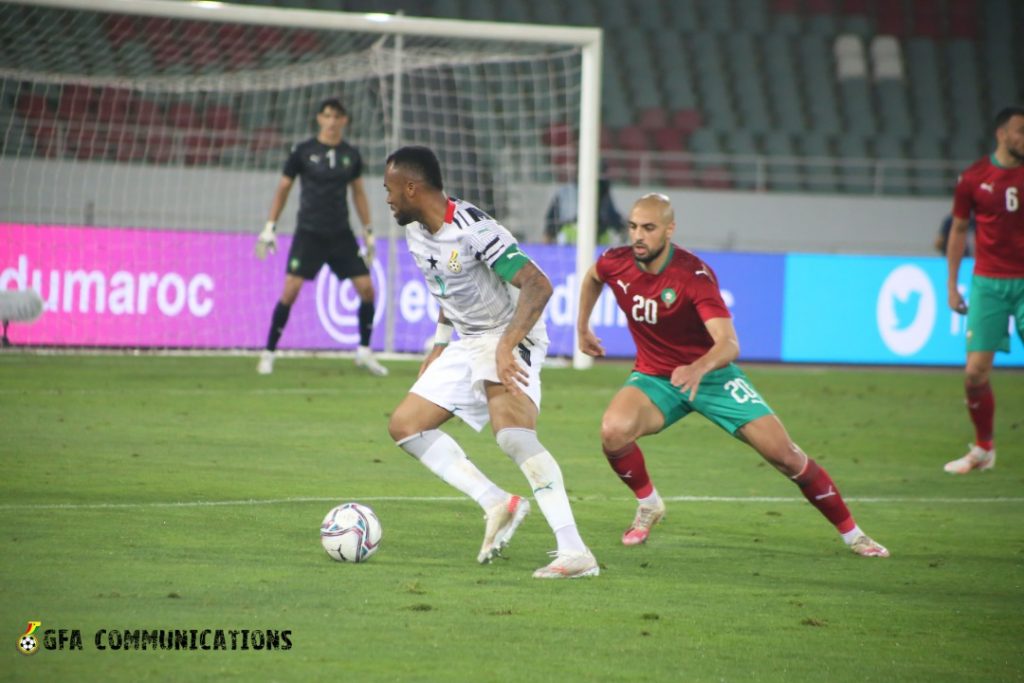 Ghana Black Stars suffered a defeat on Tuesday in Rabat (1-0) against the Atlas Lions of Morocco in an international friendly as both teams start preparations for the World Cup qualifiers.

Despite playing a good football, Ghana lost to the Atlas Lions after Asante Kotoko goalkeeper Razak Abalora failed to deal with a free-kick of Champions league winner Hakim Ziyech, as he forced a defedner to put the ball into the back of the net.

Captain Andre Ayew was benched as his brother Jordan wore the armband in the starting team.

It was a spirited performance from the Black Stars against the North African side as Ck Akonnor will draw many positives despite the defeat.

The Black Stars will host Ivory Coast in their next game at the Cape Coast Sports Stadium on Saturday, June 12.