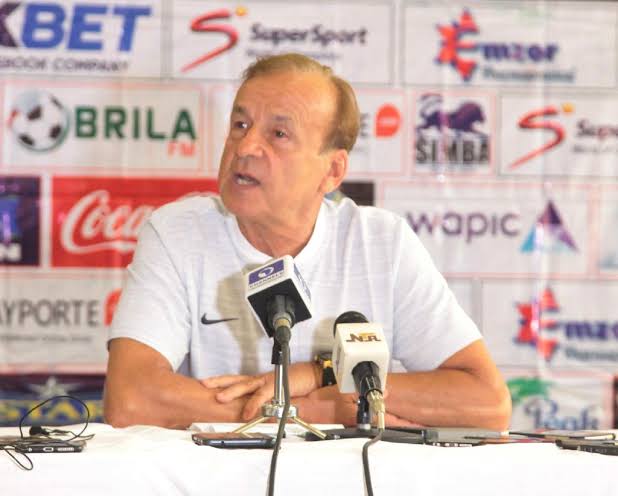 Super Eagles head coach Gernot Rohr is optimistic the team will be ready in September for the world cup qualifiers against Liberia and Cape Verde.

Nigeria played 0-0 against the Indomitable Lions of Cameroon ina pedantic game at the Stadion Wiener Neustadt on Tuesday.

Tuesday’s draw was the seventh time Super Eagles have failed to win.

However, Rohr in his post-match interview said he is confidence the team will get things right when the FIFA World Cup qualifiers begins in September.

“I think we’ll be ready in September  for our world cup qualifiers against Liberia and Cape Verde.”

“But they did well we had a lot of chances in these two games but we couldn’t score.

“We missed a little of realism in front of goal, but the match today was interesting.

“It was the last match of the season for a lot of them, they came in the middle of the holidays to work hard for ten days with us and the fruits of the work will come.

Reacting on the his team performance against the Indomitable Lions the Franco-German tactician admitted there was problem building from the back.

“We had a problem to build the defence so we played, the first time with Valentine and he did very well, we finished the match with Simon Moses, who is a winger in the left back position.

“We didn’t concede a goal,”

He however, expressed satisfaction on the performance of Valentine Ozornwafor who played as a central defender in the absence of William Troost-Ekong.

“I’m very happy for Valentine; a lot of people did not understand why he was with us, he showed today the reason why he can play with us.

“He did very well with his left foot in central defence.”