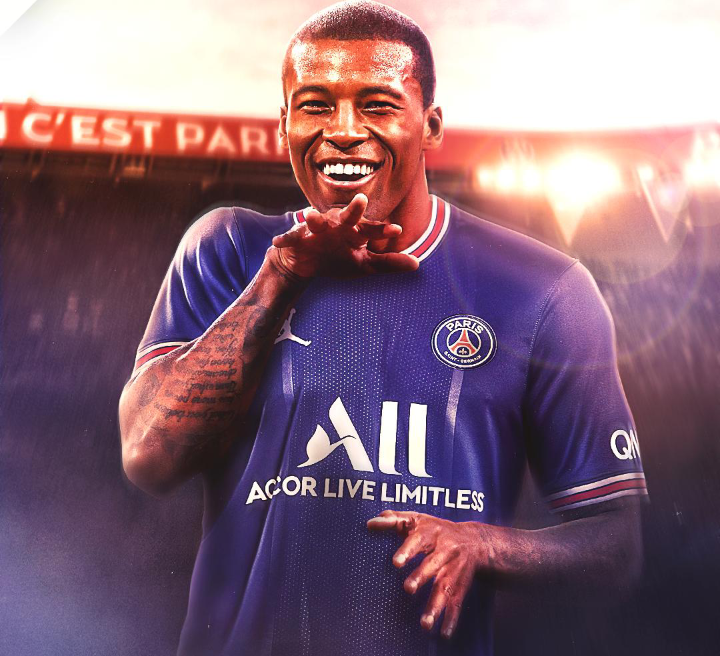 Paris Saint-Germain new signing Georginio Wijnaldum said his move to the club is a new challenge and want to contribute to it’s target.

Wijnaldum joined the French Ligue 1 giants from Liverpool until June 2024.

The Netherland midfielder after appending his signature on the dotted line spoke with journalists.

He said, “Signing for Paris Saint-Germain is a new challenge for me.

“I’m joining one of the best squads in Europe and I want to bring all my desire and commitment to this ambitious project.

“Paris Saint-Germain have proved how good they are in recent years and I am convinced that together, with our supporters, we can go even further and higher.”

Born in Rotterdam, and a product of the Sparta Rotterdam youth academy, he played for two of the biggest clubs in his homeland in Feyenoord (135 matches, 25 goals) and then PSV Eindhoven (154 matches, 56 goals) with whom he won the 2014-15 Eredivisie title.

After a season at Newcastle United, ‘Gini’ joined Liverpool FC in the summer of 2016.

The versatile midfielder won the 2019 UEFA Champions League with the Reds and the English Premier League crown in 2019-2020. He made 237 appearances and scored 22 goals for the Reds, also lifting the UEFA Super Cup and the FIFA Club World Cup in 2020.

He has also become, at 30 years of age, a key member of the Dutch national team in recent years where he has earned 75 caps, netting 22 goals and helped the Netherlands finish third at the FIFA World Cup 2014.

Before that, Gini had represented his country at U17, U19 and U21 level.