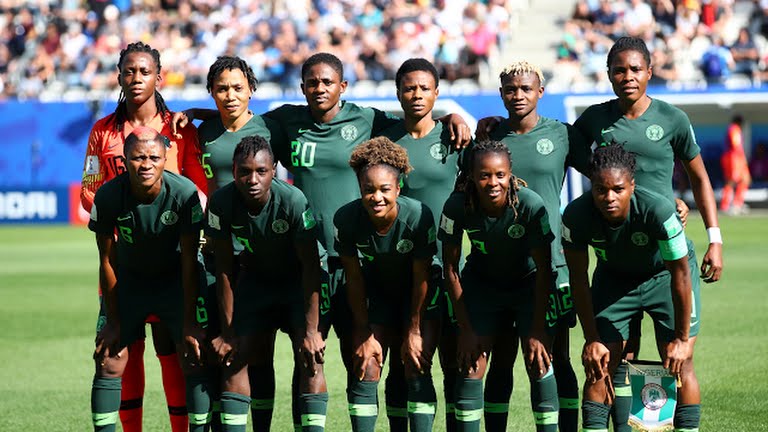 On Thursday night, the Super Falcons of Nigeria will begin their campaign at the Summer Series Four-Nation Tournament in the United States with a tie against Jamaica’s ‘Reggae Girlz’.

While there have been a handful of games between the Super Eagles and Jamaica’s Reggae Boyz in the past, this will be a maiden confrontation between the women’s national teams of both countries.

The year 2021 is a momentous one as the Super Falcons rarely played friendly matches between competitive games.

However, in what could be described as a good development, this will be the nine-time African champions Nigeria’s second series of the year after winning the Turkish Cup in February.

Super Falcons head coach Randy Waldrum who has hit the ground running since taking over, invited 25 players to prosecute this four-nation tourney.

But it’s has been reportedly said that due to a myriad of logistic problems including flight cancellations and visa glitches, only 21 players have so far arrived in camp as of Wednesday evening.

Already building a semblance of a more tactically-compact side, coach Waldrum is delighted at the chance to feature in the Summer Series.

“The Summer Series is an interesting event. And the teams featuring are of very high quality.” Said coach Waldrum.

“It is a great prospect for us as we continue to build ahead of the qualifying games for next year’s women’s Africa Cup of Nations.” He added.

After the Jamaica tie, the Nigeria women’s team will strut their stuff against the Portuguese and American teams.

According to the organisers, the format of the Summer Series will feature the USA and the Oshoala-led Falcons team playing three matches while Portugal and Jamaica will play two.

This development means there will be no standings. And all matches will be treated as friendlies.