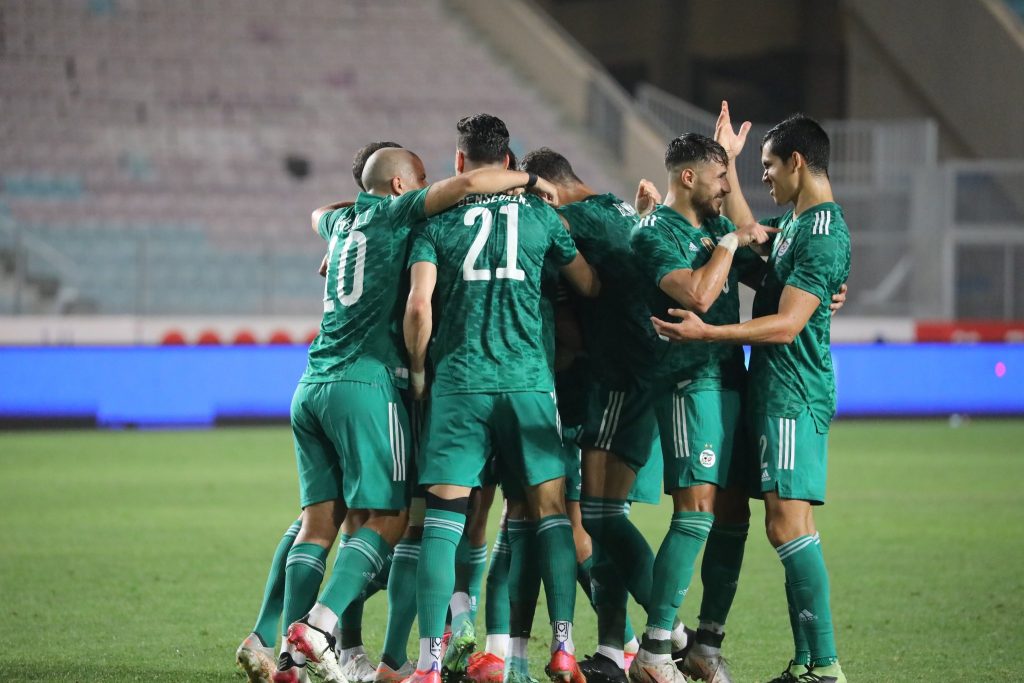 Algeria extends their unbeaten run by beating Tunisia in a friendly game tonight to set a new 27-games unbeaten record.

The Fennecs are intractable. The mens of Djamel Belmadi again again played a match without losing and have even won it.

The first goal came from Bagdad Bounedjah in the 19th minute of the game before Manchester City star Riyad Mahrez made it two in the 18th minute with a mind-blowing free-kick.

Algeria becomes the first African team to be unbeaten after 27 games starting from their 1-4 away win against Togo during AFCON 2019 qualifiers on November 18, 2018.

Ivory Coast were the holders of this record in the past with 26 consecutive matches without a loss between 2010 and 2013.

Now, they will be aiming at equaling Brazil and Spain‘s world record which is 35 games without a defeat after winning all of their third friendlies this month (4-1 vs Mauritania, 1-0 vs Mali and 2-0 vs Tunisia).