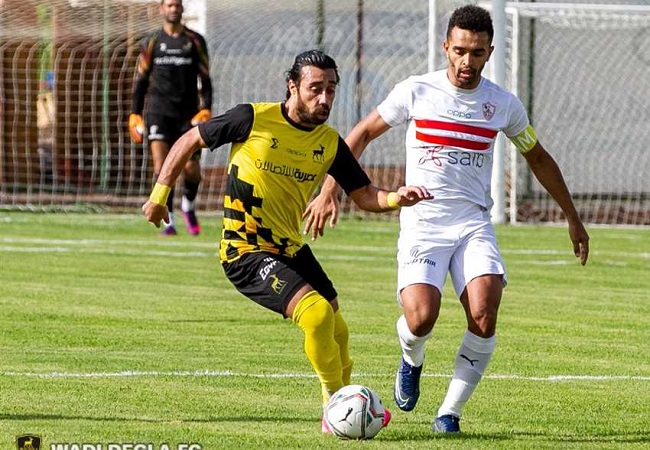 Cairo giants Zamalek were in friendly against their Egyptian Premier League rivals Wadi Degla on Thursday. And the White Knights suffered 2-1 surprise against their opponents.

The Egyptian Premier League is currently on hold until June 15 due to the international break. Meaning that all teams have been organizing friendly encounters.

Many of Zamalek’s key player are currently on international duty such as Ferjani Sassi, Hamid Ahaddad, Achraf Bencharki and Mohamed Abdelsalam to name a few.

Team captain Shikabala also missed out on the game after sustaining an injury just before the international break.

Just nine minutes into the game, Wadi Degla midfielder Mohamed Reda found himself inside the penalty area. And he managed to find the back of the net.

In the 28th minute, striker Ahmed Atef doubled the scoring for Degla with a great strike on Mohamed Awad’s right side. Zamalek’s only goal came in the 66th minute through Marwan Hamdi.

Zamalek currently sit on top of the Egyptian Premier League table with 55 points from 25 games, 14 points ahead of second-placed Al Ahly, who still have six games in hand.