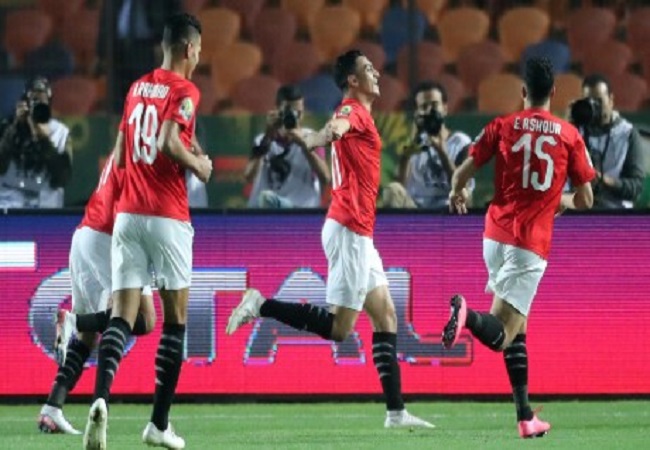 Egypt faced South Africa for friendly in Suez Stadium on Thursday as both sides prepare for next month’s Olympic Games. And Galatasaray striker Mostafa Mohamed scored twice to give Egypt U23 a 2-0 win over South Africa.

The towering striker opened the scoring in the 18th minute when he met a pinpoint cross from Ahmed Fatouh with a nice header.

He added the second, nine minutes after the break, after receiving another smooth pass from Fatouh to score easily from a close range.

Mohamed’s participation in the Olympics remains uncertain with several Turkish reports suggesting that Galatasaray will not allow their striker to travel to Tokyo.

The young Pharaohs’ performance was not convincing. Especially on the defensive level, as the Egyptian backline seemed vulnerable on many occasions.

The Pharaohs were drawn in a tough group at the Olympic Games along with heavyweights Spain, Argentina, and Australia.

The 2012 quarter-finalists will open their campaign against Spain on 22 July before facing Argentina three days later and Australia on 28 July.

Egypt will face South Africa in another friendly on Sunday.