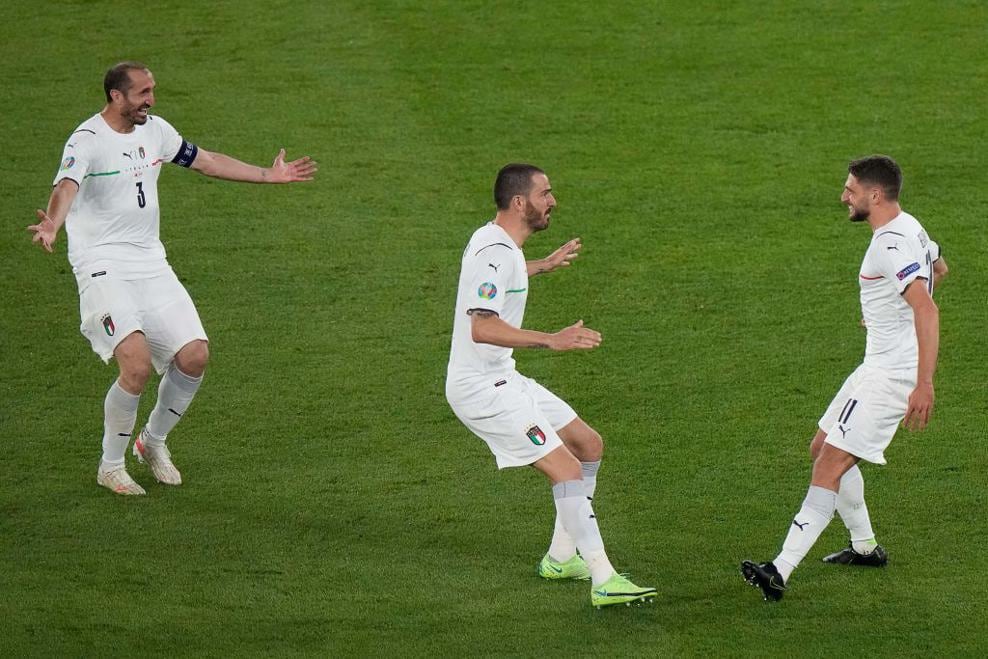 On the very home soil where the Roman Empire disappeared centuries ago, Italy resurrected their hope for the European Championship (Euro2020) kingship on Friday evening.

Goals from Merih Demiral (own goal), Lorenzo Insigne and Ciro Immobile settled the contest for the Roberto Mancini’s men.

Before the goals came, the first-half of the Group A clash had ended goalless.

At that stage, it was all thanks to Turkey’s pragmatism in their play. They opted to sit deep and soak up the pressure.

On the other hand, Italy were the busiest, probing the Turkish defence but the underdogs defended in numbers.

Insigne tried some speculative long range attempts on target but the red army of Turkey’s defence closed down all the spaces in the 35th minute.

However, Turkey goalkeeper Çakir kept his composure and gathered the shot with frustrating ease for the opponents.

Turkey finally paid for the sins of their unsustainable defensive football in the 53rd minute.

Defender Demiral chested the ball past his own goalkeeper Çakir while trying to intercept a ball which Berardi had whipped across the goal-mouth from the left wing.

From that moment, Italy upped the ante peppering Çakir’s goal with all sorts of missiles mainly throughBerardi who was finding unguarded pockets of space on the edge of the box.

One goal soon became two when Immobile showed his mobility to pounce on a lousy rebound and fire beyond sprawling goalkeeper Çakir in the 66th minute mark.

Italy finally put the game beyond the reach of Turkey, Insigne showing great technique to open his body and bend the ball far and wide of goalkeeper Çakir in the 79th minute.