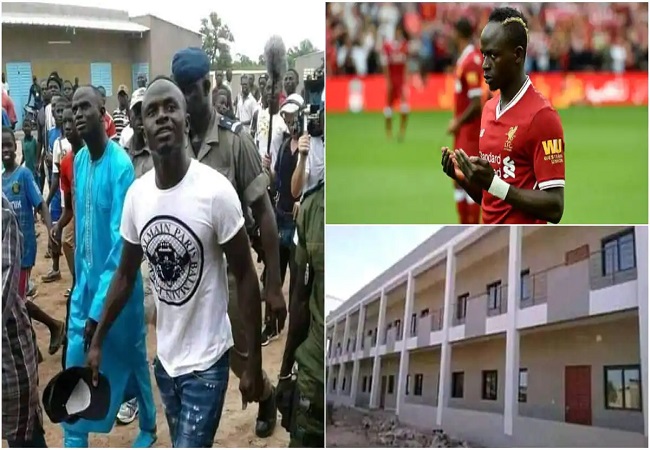 Jurgen Klopp beleives the person behind Sadio Mane is just as important as what he can bring on-field. And it means Liverpool’s squad is bursting with generous and humble men.

And Mane is one such example, with his latest work eager to see a hospital be built in his hometown. And it took him to the Palace of the Republic in Dakar to meet President Sall.

The 29-year-old arrived in the capital following on from Senegal’s two friendly fixtures to close out the season, where Mane scored a penalty in the win over both Zambia and Cape Verde.

His visit with President Sall saw him discuss upcoming international tournaments and touch base on his community work, where he sought government’s contribution of medical personnel for the hospital in Bambali.

“Senegalese international Sadio Mane was received this Thursday by President Macky Sall.” A statement from the presidency of Senegal read.

“The Liverpool social worker came to exchange with the Head of State on his social actions including the construction of a Hospital in Bambali. He has requested assistance from the State for medical staff.”

“Senegal’s new stadium and the preparation of the national team with the last two friendly matches were also on the exchange menu.” Continued the statement.

The hospital is not the first example of Mane’s giving nature. He consistently seeks to help in any way he can back in his home country, with a school also having been built in his place of birth.

“I wanted to build one to give people hope.” Mane said of the hospital project in the documentary ‘Sadio Mane: ‘Made in Senegal’.

It’s another example of the giving and selfless nature that runs through this Liverpool squad. And you can bet for every publicised act of generosity there are countless more kept under wraps.