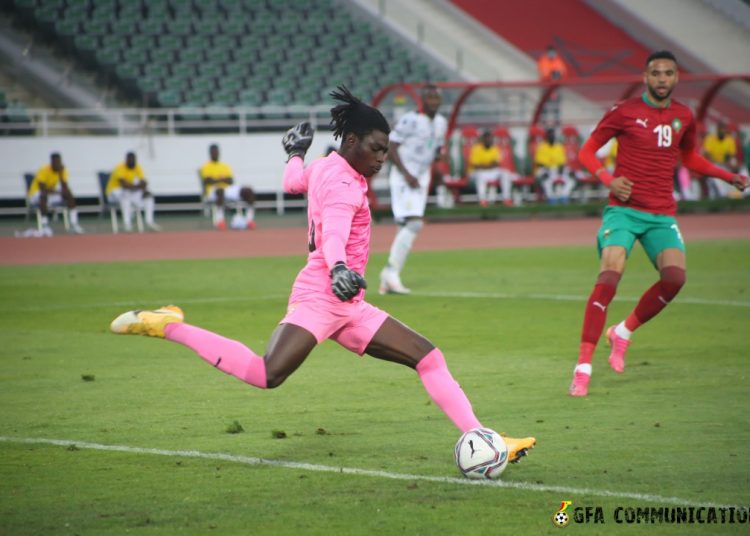 The Asante Kotoko goalkeeper has committed a glaring mistake which handed Morocco a narrow win earlier this week in Rabat.

So far, he received supports from both his club and Black Stars coach Charles Kwablan Akonnor.

Read : CK Akonnor – We have to win against Ivory Coast

“He has made a mistake, he knows himself but we are not in the position to kill him. We need each and everyone to be at a good level”, said the former Asante Kotoko coach.

However, following the backlash his poor performance against Atlas Lions generated, Damba said Razak Abalora needs a psychological help and should spend time out of the field both in national team and club in order to get back self-confidence.

“Abalora needs help because he is in a bad state psychologically. I have been in this state before and I know how it feels like. Let’s take him out of the picture and take care of him”, he told Happy FM, as per Ghanasoccernet

“It’s about self-confidence and he has lost it now. So we as technical men need a psychologist to work with him.

“He (Abalora) needs time off from both club and country to work on himself. Now he is under serious pressure”, he added.