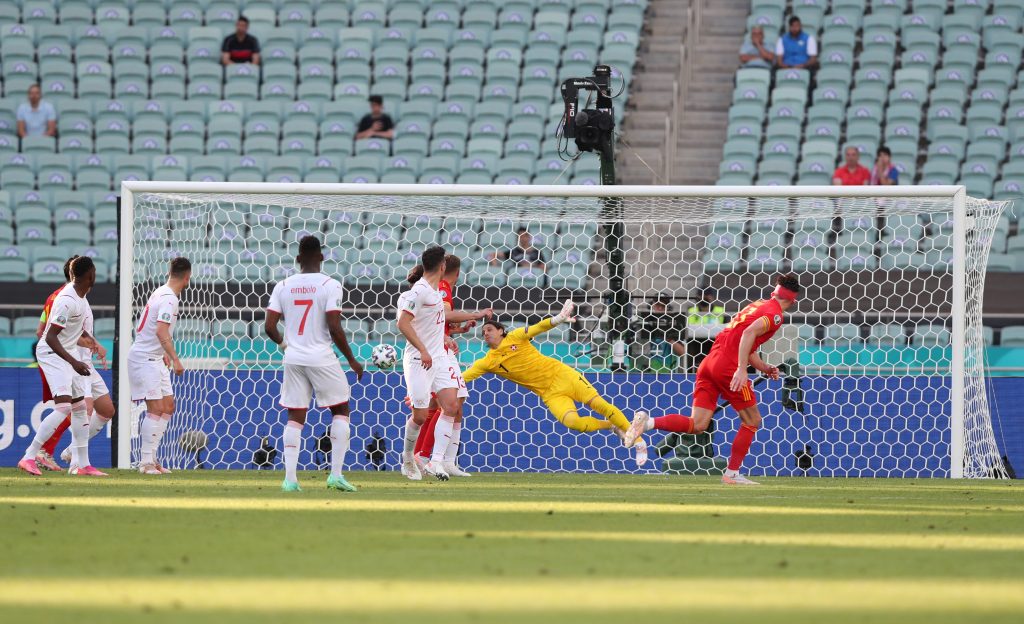 Switzerland have been forced to points sharing with Wales despite having controlled the game for a long moment in their Euro 2020 first game.

Vladimir Petkovic’s men have been impressive from the beginning of the game as they appeared to be causing troubles in the defence of Robert Page’s team.

However, Gareth Bale and teammates have also managed some actions and if sometimes they missed a well finish, let’s not forget that there was a strong goalkeeper in the sticks for Switzerland whose name is Yann Sommer denying Kieffer Moore from scoring the opener several times.

Finally, the Swiss side will break the hall and score through Breel Embolo who has been really impressive all along the encounter.

But Shaqiri’s teammates missed concentration and conceded the equaliser in the 74th minute as Kieffer Moore managed to beat Yann Sommer this time.

Switzerland have been denied a goal in the dying minutes of the game and both teams left the pitch which one point each.

Wales are second in Group A standings while Switzerland are third with Turkey being the bottom after their loss to Italy in the opening game.